Love, Sex and the I.R.S. at LaComedia
Login

Love, Sex and the I.R.S. at LaComedia

Love, Sex and the I.R.S. proves that tax season can be downright comical!

Love, Sex and the I.R.S. at LaComedia

A reason why it’s best not to ever lie is that then several others must be told to maintain the first one. It begins a long line of deception in which each lie can become bigger than the last. A perfect example of that lesson is the whole basis of Love, Sex, and the I.R.S which is at La Comedia through February 28. The non-musical play shows how one little lie can lead to a series of unfortunate, yet hilarious consequences, including a man needing to pose as a woman in tight fitting dresses. It’s no lie, the absolute truth is that Love, Sex, and the I.R.S is a non-stop laugh riot.

It seemed safe to Joe Trachman (Josiah Miller) to save some money by claiming his best friend/roommate (whose male) Leslie Arthur (Elliot Handkins) as his wife. With a name like Leslie, why not? The plan worked until an I.R.S agent visits in order to verify the information. Total chaos then ensues as Leslie then must act as the wife, and a series of unsuspecting guests come over at the worst possible times. With each visitor the web of lies become more convoluted and leaves the audience caught in uncontrollable fits of laughter.

To say that Handkins makes the perfect woman would be stretching the truth, except to maybe the blind, as she wouldn’t win any beauty contests. However, if judged on laughs, he achieved supermodel status for a man pretending to be a woman. Not even Bruce Jenner could have done it better. The entire cast excels at their parts, including Miller who makes the perfect ‘straight’ man amongst all the craziness.

A crowd favorite is I.R.S agent, Floyd Spinner played by Woody Allen err director/actor Chris Beiser. Beiser serves as the director of the majority of productions at La Comedia, including Love, Sex, and the I.R.S and his theatrical expertise is displayed whenever he fills a role. Beiser delivers many big laughs as the nerdish, straight laced agent who lets his guard (and pants) down after a few drinks. The hip swiveling Mr. Spinner displays both physical and verbal humor while taxing your funny bone.

All the activity and false impressions in Love, Sex, and the I.R.S is reminiscent of the old sitcom Three’s Company and the plot would certainly have been used for an episode if Jack had a male roommate rather than females. There is even an obtrusively suspicious landlord who is seeking proof that a woman is living in the apartment, which would break the rental agreement. The landlord is played by Alan Kootsher, who interestingly appeared on the La Comedia stage in the seventies and is making his return in this role.

I don’t want to be like a movie preview and spoil all the funny parts so I’ll keep some of the plot details to myself. Half the fun is wondering who it’s going to be next when the doorbell rings. Take my word for it, relationships are strained and multiple love triangles get formed. The additional major players in all the madness include Kate Dennis (Rosa Gardner), who convincingly portrays a darling that every man finds irresistible.  Vivian Trachman (Holly Hathaway), a mother who needs alcohol to deal with the discoveries made about her son. It’s the second consecutive show in which Hathaway has been brilliant.  The arrival of Connie (Jacqueline Fenton) is highly anticipated and does disappoint once it occurs.

In addition to the always delicious buffet, new for 2016, La Comedia also offers shrimp cocktail available for purchase as an appetizer, as well as additional dessert options to enjoy during intermission. They all look delicious, and for the sake of my readers, I’ll try one sometime soon so I can share my thoughts on it. The drink menu is also updated and features a variety of new offerings.

Jon Trachtman and Leslie Arthur are just two out of guys men sharing an apartment and trying to make it in New York City. To save money they have been filing tax returns as married couple. The day of reckoning comes when the Internal Revenue Service investigates. As a nosy landlord, a concerned mother, a confused girlfriend, and deceitful fiancé complicates life for the pair, the twists and turns of this side-splitting comedy will surely tax your funny bone!
© 2022 Dayton Local. Unauthorized use and/or duplication of this material without express and written permission from Dayton Local is strictly prohibited. Excerpts and links may be used, provided that full and clear credit is given to Dayton Local with appropriate and specific direction to the original content.
Visit Website 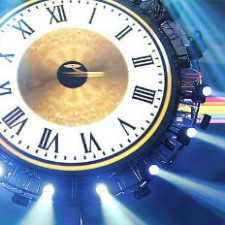 Brit Floyd - The World’s Greatest Pink Floyd Show
Events Calendar Featured Events
Follow Us
Dayton Local takes reasonable measures to ensure the quality and accuracy of the information on this page. Use of this site is at your own risk, and by doing so, you agree to our Terms & Conditions. You can report inaccurate, misleading or inappropriate information using the button below. Thank you.
© 2022 DAYTON LOCAL