For the Loyal by Lee Blessing
Login

Dayton Ohio - For the Loyal by Lee Blessing 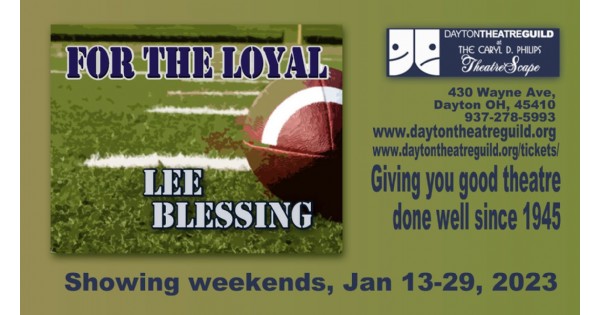 FOR THE LOYAL by Lee Blessing presented by the Dayton Theatre Guild Jan 13-29, 2023

For the Loyal by Lee Blessing at Dayton Theatre Guild


Toby and Mia are graduate students with a bright future ahead of them: a baby on the way and a college coaching job for Toby. But when Toby stumbles across a secret that threatens to derail their future, he and Mia must decide between honesty and loyalty, and whether doing something wrong is the only way to do what's right. Inspired by the Penn State sexual abuse scandal, For the Loyal is an emotional and thought-provoking play.