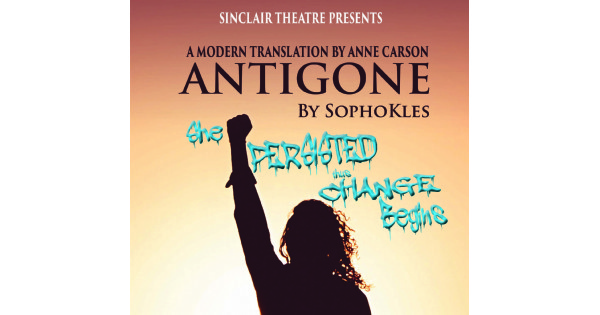 Originally slated for live performances in Sinclair’s Black Box Theatre in April and cancelled by the COVID 19 pandemic, Antigone had already been cast, rehearsals begun and the set nearly completed. To accommodate health and safety guidelines for everyone involved, Gina Neuerer, chair of Music, Theatre and Dance, elected to move the set to Blair Hall to utilize the larger space. The performance was reblocked to include social distancing on stage and masks were incorporated into costuming. Sinclair‘s Learning Technologies Department was enlisted to film and edit the finished product for streaming.

“The story of Antigone, a woman who persisted against King Kreon, was added to our season pre-pandemic because of its relevance to enacting change by standing up for what you believe to be right,” says Neuerer. “We also felt there was a correlation to the 19th Amendment Anniversary with an emphasis on making all voices heard by exercising your right to vote.”

“One vote DOES make a difference,” says Kimberly Borst, Sinclair acting professor. “The 19th Amendment was ratified by only one vote in Tennessee in 1920. After decades of struggle, the decisive vote was cast by a 24-year-old representative who reputedly changed his vote in the third round.”

Once patrons have reserved their ticket online, they will receive an “attendee code” that will allow them to watch the performance on their own device in the comfort of their own homes during the streaming period. After Oct. 4th, the recording will be destroyed due to licensing restrictions. 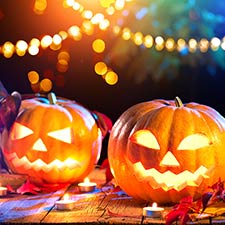 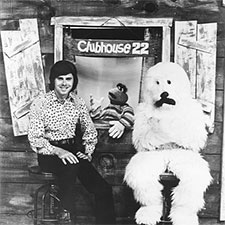 Extreme Adult Egg Hunt (Rescheduled from Easter)
Events Calendar Featured Events
Dayton Local takes reasonable measures to ensure the quality and accuracy of the information on this page. Use of this site is at your own risk, and by doing so, you agree to our Terms & Conditions. You can report inaccurate, misleading or inappropriate information using the button below. Thank you.
© 2020 DAYTON LOCAL