Annie The Musical at La Comedia 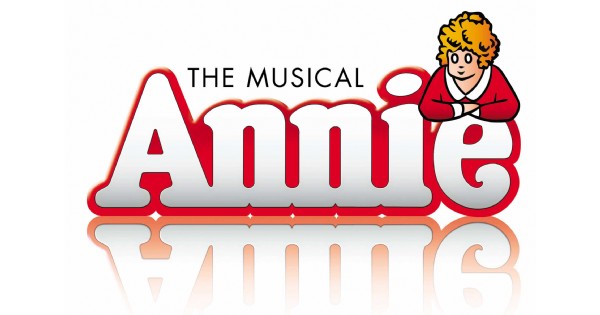 Leapin’ lizards, she’s back in town! Annie, America’s favorite cartoon sweetheart, comes to La Comedia in one of the most popular Broadway shows of all time.

Annie The Musical at La Comedia

Regarded as America’s favorite cartoon sweetheart, certainly not Cathy, ‘Annie’ is currently appearing at La Comedia. The musical is one that the whole family will enjoy as it contains; catchy songs, adorable children, a heart-warming story and even some political humor, plus so much more. 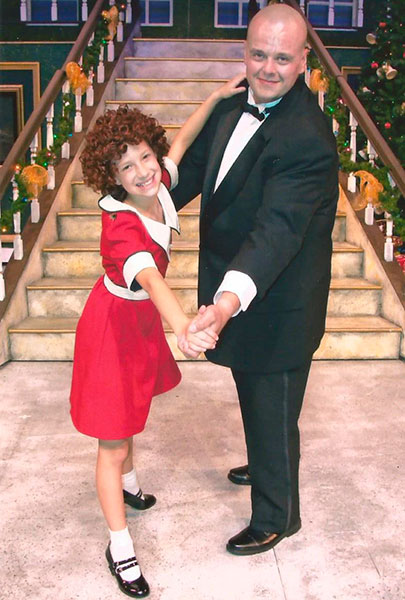 The production is blessed to have young actors with talent that stretches beyond their years. Chief amongst them in the title role, split between Gracie Adkins and Elyse Wilkinson. On the night I attended, Annie was played by Wilkinson, and the sixth grader performed like a seasoned pro. She was especially impressive when singing ‘Tomorrow’ while joined on stage by her new found dog, who consistently kept climbing up on her. Wilkinson though was unphased by the distraction and never missed a note.

The rest of the orphans resemble a show choir as their voices all harmonize so well together, creating a beautiful sound. Their rendition of ‘It’s The Hard Knocks Life’ wipes the floor with all other versions of the song.

The audience is made to sympathize with Annie and the other girls at the orphanage from having to live under the direction of the mean spirited Miss Hannigan (Andrea Spencer Christensen). When not blowing her whistle, Miss Hannigan is barking orders and making life miserable for the girls. Christensen whose television credits include ‘Orange is the New Black’ could be charged with being a scene stealer.

A total contrast from Miss Hannigan, in every way (including hair), is the billionaire Warbucks (Nicholas C. Breiner), who may also be America’s favorite bald headed man. (Sorry Mr. Clean). Though he’s surrounded with luxurious items, Warbucks is without something money can’t buy, the love of a child. Beyond just his scalp, Breiner really shines in the role, making Warbucks extremely likeable. His voice is also very rich and from joy to sadness, Breiner cashes in on every emotion during the show.

The emotional highpoint is from Warbucks being so hopeful about permanently adopting Annie, while she expresses her strong desire to find her real parents. As quickly as Warbucks found fulfillment, he feared it would be taken away. I felt the rumble of emotions in my stomach, or maybe it was the two trips I made to the buffet.

The production benefits from a strong supporting cast, including Martin Bonventre as Rooster, who hatches a plan to steal Annie away. Bonventre is perfectly creepy as Rooster and appears born to play a slimy shyster. He’s paired with Jessica Caracciolo, a financial analyst turned actress, as Lily St. Regis. Will their plan work or just lay an egg?

If an election was held, I would vote for Chris Kramer as the Commander in Chief of La Comedia, so it’s fitting that he plays President Franklin Roosevelt. Regardless of what Russia thinks, Kramer excels in every show he’s in, and this is no exception. From his handling of the cigarettes to maneuvering the wheelchair, Kramer embodies FDR and is impeachable. Furthermore, with two consecutive strong showings, Todd Tucker (Drake), is proving himself to be a viable running mate.

A friend asked me if ‘Annie’ is now amongst my favorites and I must say that it is. After seeing ‘Annie’ at La Comedia, I believe that you will adopt it as one of your favorites too. ‘Annie’ continues through August 19.

It’s a merry comic book world glowing with optimism from its gentle humor, to its carefree dances and tuneful score including “It’s The Hard-Knock Life” and the anthem of hope, “Tomorrow.”

You’ll surely want to adopt Little Orphan Annie for your very own after you see the musical comedy smash hit Annie.