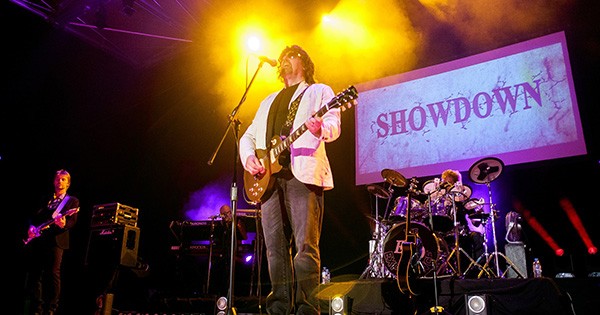 UK’s official no. 1 tribute to the Electric Light Orchestra at the Fraze Pavilion

Electric Light Orchestra was formed in Birmingham in 1970 by songwriters and multi-instrumentalists, Jeff Lynne and Roy Wood with drummer Bev Bevan. Their music is characterized by a fusion of Beatlesque pop, classical arrangements and futuristic iconography. During the 1970s and 1980s, ELO released a string of top 10 albums and singles, including two LPs that reached the top of British charts: the disco-inspired Discovery and the science-fiction-themed concept album, Time.

Trans Am Cruise In
Events Calendar Featured Events
Follow Us
Dayton Local takes reasonable measures to ensure the quality and accuracy of the information on this page. Use of this site is at your own risk, and by doing so, you agree to our Terms & Conditions. You can report inaccurate, misleading or inappropriate information using the button below. Thank you.
© 2022 DAYTON LOCAL