Barenaked Ladies at The Rose
Login 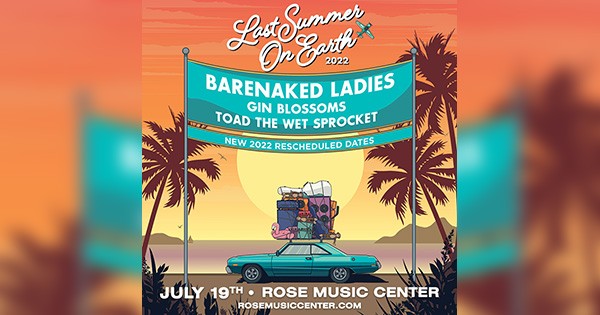 Barenaked Ladies at The Rose

Multi-platinum rock band Barenaked Ladies have added a performance in Huber Heights, OH to their extensive 2022 summer tour. The Last Summer On Earth Tour with special guests Gin Blossoms and Toad The Wet Sprocket will stop at Rose Music Center at The Heights on Tuesday, July 19. 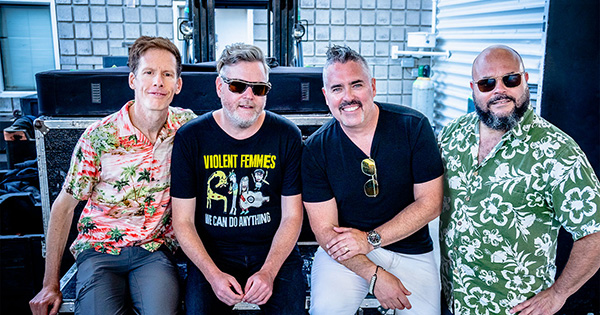 “We’re looking forward to getting back out on the Last Summer On Earth tour,” vocalist/guitarist Ed Robertson shares. “Having Gin Blossoms and Toad the Wet Sprocket out with us is going to be a blast. That’s a LOT of hits per night!”

Barenaked Ladies is ready to hit the road again and bring out all the fan favorites that have built them a long-lasting career and worldwide fanbase. The Toronto-based “cult fave” (Paste Magazine) have now sold over 15 million albums worldwide and earned multiple JUNO Awards and Grammy nominations.

This will be the 6th edition of the tour, founded by the band in 2012 – the year that the Mayan calendar predicted would be the last, hence the “Last Summer On Earth”. Barenaked Ladies headline and bring some of their best friends and favorite bands along for a summer of good times, and of course, great music. Past acts include Cracker, Big Head Todd & the Monsters, Blues Traveler, Guster, Ben Folds Five, Violent Femmes, Colin Hay, OMD, Howard Jones, Better Than Ezra, and KT Tunstall.

“We know the Mayan Calendar was wrong about the end of the world,” adds Ed Robertson, “but could they have been THAT wrong?! C’mon out and rock with us like it’s your Last Summer On Earth!”