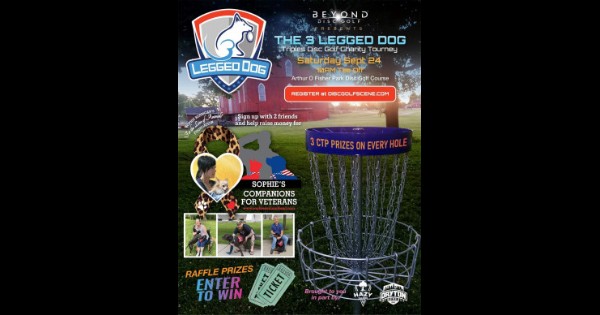 This Saturday, September 24th, Beyond Disc Golf is hosting their Three Legged Dog Charity Disc Golf Tourney benefitting Sophie's Companions for Veterans Foundation.  The event will be held at Arthur O Fisher Park's Disc Golf Course and Tee-Off is at 10AM.

Sophie's Companions for Veterans was founded by Janet Carpenter when her teenage daughter, Sophie, was tragically killed by a drunk driver along with two of her friends. Janet describes her daughter as being, "A champion for abused and neglected animals." She also says that, "In her short time, she (Sophie) adopted three homeless animals and volunteered at SICSA." Janet has continued Sophie's mission to help and protect animals for 10 years.

As the 10th anniversary of Sophie's Foundation approaches, all donations and sponsors are greatly appreciated to help continue our work rescuing animals, as well as training them to be service or companion animals for our Veterans in need.

Three person teams can register at discgolfscene.com/tournaments/3_Legged_Dog_2022 until 10PM September 23rd. There will be great prizes for the winners and all participants can purchase tickets for The WPAFB Foreign International Officers' raffle benefitting Sophie's Foundation. 4 Kings Cuisine food truck will also be available on site.

For more information or to make a donation, visit SophiesAnimalFund.com or call Janet Carpenter at (937)620-1768. 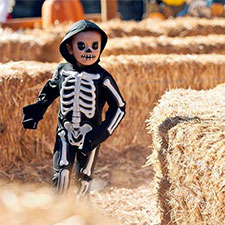 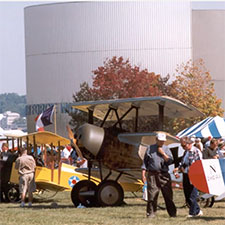