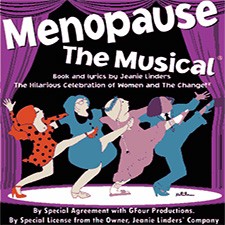 Do you experience random hot flashes? The constant need to urinate? A loss in sex drive? Are you a woman? If you've answered yes to one or more of those questions, there's no need to consult with a doctor, just simply make an appointment to visit La Comedia for Menopause: The Musical.

Do you experience random hot flashes? The constant need to urinate? A loss in sex drive? Are you a woman? If you've answered yes to one or more of those questions, there's no need to consult with a doctor, just simply make an appointment to visit La Comedia for "Menopause: The Musical." The laughs the show dispenses will cure whatever ails you and will lead women to embrace 'the change,' or at least not feel so terribly bad about it.

Based on the book by Jeanie Linders, "Menopause: The Musical," follows four women through a shopping mall (where else?) and despite their individual differences discover they are all in the same phase of life. Much of their bonding is done in the bathroom, where they seem to end up frequently. The women aren't given names, but just enough is revealed about them to provide an identity. There is the soap star who fears her beauty is fading with age (Beth Buczkowski); the no nonsense professional business woman (Whitney Hayes); the earth loving hippy type (Claire Theiss Hurley) and the sweet, naïve housewife (Donnalynn Waller). They each play their roles splendidly, with voices as precisely perfect as their choreography.

A lot of the content isn't very relatable to men, unless they've endured their spouse going through menopause, but the brilliance of the witty song parodies makes it enjoyable for both genders. It's as if Weird Al transformed into Weird Alice as all of the music is masterfully parodied to match the original tune with hilarious lyrics. Half of the fun is trying to think of what the real song is that's being mocked. For example, "My Guy," becomes "My Thighs," and "I'm Sorry" is translated into "I'm Flashing." Both songs include enough laughs to make the ladies wish they would have wore their Depends.

The songs parodied are from the 50's, 60's and 70's; which is fitting since they will be familiar for the intended audience. The catalog of hits also includes "The Great Pretenders," "I Got You Babe," "Stayin' Alive," and "Help Me Rhonda."

Among the highlights is when the business woman and the soap star each perform solo's out in the crowd of "I'm Flashing." Their styles are different, but both highly entertaining. Whitney Hayes has a stage presence that demands attention and her voice is as equally strong, she really flexes her muscles with "I'm Flashing." Meanwhile, Beth Buczkowski flaunts her sex appeal during her rendition and turns up the heat on one lucky male audience member. And "Good Vibrations" will never be thought of the same way after its presentation in the show, but that pales in comparison to Donnalynn's singing of "Only You" which can best be described as covering a very personal..ummm intimate issue.

"Menopause: The Musical" is 90 straight minutes of fun, with no intermission so be warned the line for the women's bathroom will probably be really long after the show. I prescribe that "Menopause: The Musical" be seen by every woman, especially those old enough to read AARP magazine. The show continues through May 4. Call (937) 746-4554 or 1(800) 677-9505 or visit www.lacomedia.com for tickets.

March 6-May 4, 2014 at La Comedia Dinner Theatre. Four women at a lingerie sale have nothing in common except a bloack lace bra... AND memory loss, hot flashes, night sweats, not enough sex, too much sex, and more! 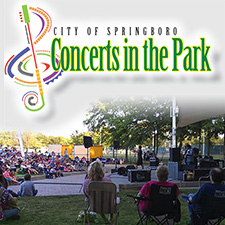 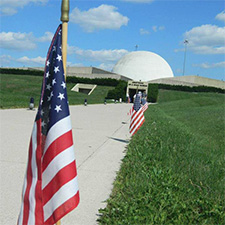