Bring It On: The Musical 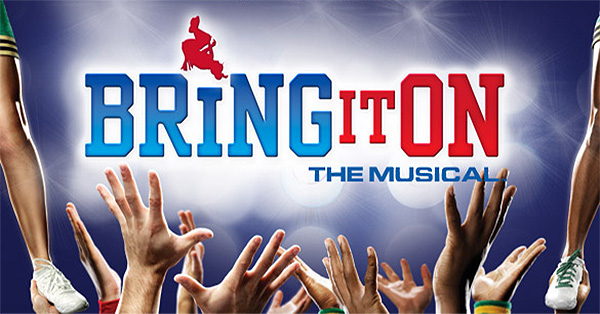 The story of the challenges and unexpected bonds formed through the thrill of extreme competition.

Bring It On: The Musical

Death and taxes are known as life’s two certainties, but a third can be lots of complex drama when a bunch of teenaged girls are grouped together. The theory can be proven with “Bring It On: The Musical,” inspired by the hit film, which details the range of emotions within a high school cheerleading squad. All the jealousy, betrayal, and forgiveness, along with lots of laughs is coming the Schuster Center as “Bring It On” will rock the stage for performances on April 22 & 23.

The role of Eva is played by Emily Mitchell (left), in her first professional show. She’s thrilled to be part of “Bring It On,” and play a character whose right in the center of all the drama. To keep from giving away any major plot points (which slightly differs from the movie), Mitchell wouldn’t reveal much about Eva’s actions. She did say that some of her actions are intentionally evil, “She gets power hungry and is seen as the devil at times.”

While Eva starts out as shy, her personality transforms through the show into more of a boisterous villain. The range of emotions that are involved is what Mitchell really appreciates about the role, along with the flashy costumes.

A Toledo native, Mitchell started ballet as a young child and continued in dance throughout her youth. She earned a degree in Musical Theater from Oakland University and is now living a dream.

“The feeling of being on stage is indescribable. My dream is still growing every day,” she said.

Being on tour has been a real eye opening experience for Mitchell, who has gotten to travel to a number of states for the very first time. One lesson she’s learned is that the life of an actress is not all glitz and glamour. “Touring on the bus can be very hard. There’s lots of hours on the road,” she said. “It’s important to eat well and get enough sleep.”

A musical comedy with dynamic choreography and aerial stunts, it’s Mitchell’s guarantee that “Bring It On” will satisfy the audience. “There’s parts of the show that everyone can relate to. We have grandparents, parents and kid’s come. We’ve also had whole cheer teams in the audience and it’s fun to hear them,” she said.

Bitingly relevant and sprinkled with sass, BRING IT ON: THE MUSICAL inspired by the Bring It On film, takes the audience on a high-flying journey filled with the complexities of friendship, jealousy, betrayal and forgiveness. BRING IT ON: THE MUSICAL tells the story of the challenges and unexpected bonds formed through the thrill of extreme competition. With a colorful crew of characters, an exciting fresh musical sound, dynamic choreography and aerial stunts, this all-new musical is sure to be emotionally gratifying in its story of redemption and breathtaking with amazingly vibrant athleticism. The New York Times calls it, “impossible to resist!”
© 2020 Dayton Local. Unauthorized use and/or duplication of this material without express and written permission from Dayton Local is strictly prohibited. Excerpts and links may be used, provided that full and clear credit is given to Dayton Local with appropriate and specific direction to the original content.