The Little Mermaid at La Comedia 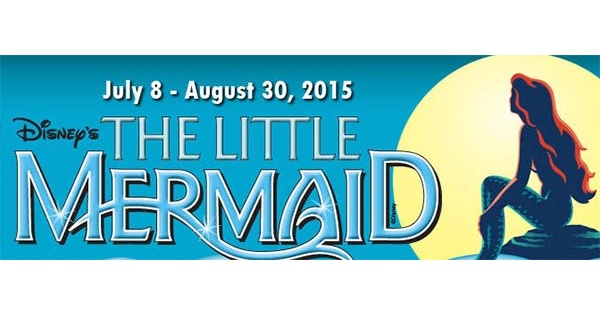 Hans Christian Andersen's enchanting fairy tale about a magical kingdom beneath the sea, and a beautiful mermaid named Ariel.

The Little Mermaid at La Comedia 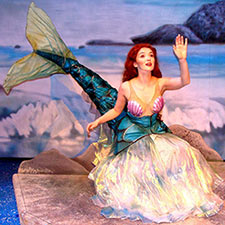 It’s a tale as old as time, wrong movie, but it does also hold true for the Disney hit ‘The Little Mermaid’ which swims onto the La Comedia stage through August 30. A glimpse upon the ocean’s floor usually provides a visual spectacle, which this production does with its exquisite costumes, but it also offers an auditory delight from the collection of voices that sing. The opening song reels you in, and you’ll be hooked all the way until the finale.

One of the most beloved Disney princesses is Ariel, and in her La Comedia debut, Rachel Dickson surpasses all expectations. She’s not just the ‘Catch of the Day,’ but perhaps the ‘Catch of the Year,’ as made evident with her spectacular voice. Her rendition of “Part of Your World,” is most fitting for a fairytale, because it’s too good to be true. She perfectly captures the essence of Ariel in every aspect, from her demeanor to moving around without feet.

There’s nothing that Ariel wants more than to live on the land, she doesn’t watch the news, especially after laying eyes upon Prince Eric (Alex Ward). His voice is also spending, and you can’t help but root for the duo to somehow end up together. However, they must overcome a tidal wave worth of obstacles, including Ariel’s father, King Triton (Ezekiel Andrew), who forbids her to have any contact with humans. While Andrew’s brings the proper domineering stage presence to the role and a soulful deep voice, but most impressive are his abs. My wife is still talking about them. His body is more chiseled than Mt. Rushmore.  Also standing in their way is the evil Ursula, brought to life by Leanne Acero, who deserves a hand, or about a half dozen of them, for her performance. Ursula has a big personality to fill, and Acero accomplishes the feat, all the way to the hair.

It has to be a bit of a daunting task to stage a show such as ‘The Little Mermaid’ that is largely set “Under the Sea” and present it in a believable enough manner to satisfy the audience. La Comedia rises to the challenge, as I almost had to hold my nose a couple of times because I felt myself sinking to the lowest depths of the ocean. The scenery, special effects and the costumes places you right in the center of all the action. Difficult scenes, such as when Prince Eric’s ship is wrecked and when the spell is cast upon Ariel, are masterfully done.

A fan favorite, Sebastian (Will T. Travis) embodies the lovable crab with his shuffle and voice, which is stuffed full of talent. His performances of “Under the Sea” and “Kiss the Girl” are high points of the show, as Travis’ singing and the ensembles mesmerizing dance moves are combined to create a monsoon of talent. As Scuttle, Allen Dorsey is a scene stealer, though his moments on stage are few, he always delivers laughs and makes them memorable.

Another plus, about ‘The Little Mermaid’ it has a lot of racial diversity, which is nice to see.

All ages will enjoy “The Little Mermaid” a.k.a “King Triton’s Abs,” and the always delicious buffet, includes macaroni and cheese to help satisfy the children’s appetites. Make your reservations before August 30.

This production is sure to thrill in every way as it showcases beautiful sets, dazzling costumes and an award-winning musical score. Revel in favorites including "Part of Your World", "Under the Sea", "Les Poissons", "Poor Unfortunate Souls", "Kiss the Girl" and more!
© 2020 Dayton Local. Unauthorized use and/or duplication of this material without express and written permission from Dayton Local is strictly prohibited. Excerpts and links may be used, provided that full and clear credit is given to Dayton Local with appropriate and specific direction to the original content.