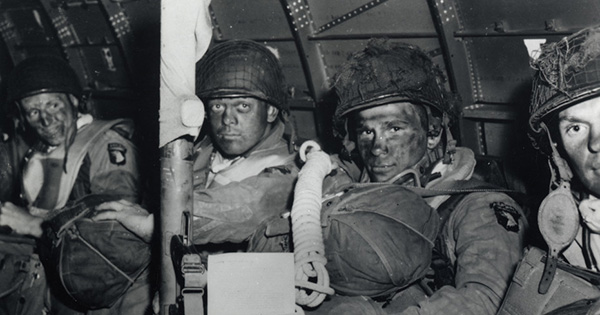 Exhibit and Events to commemorate the 75th Anniversary of D-Day at the Air Force Museum.

The National Museum of the U.S. Air Force will commemorate the 75th Anniversary of D-Day with two separate days full of events, as well as a temporary augmented reality (AR) exhibit. The events will take place on Monday, May 13 and Thursday, June 6, 2019.

On May 13th, events will include a paratrooper jump, D-Day films and the opening of the temporary AR exhibit which will remain open through the end of the year. The event on June 6th will include a flyover, wreath laying, living history re-enactors, WWII-era vehicles, collection displays and D-Day films.

The Air Force Museum Foundation will also open a roughly 3,500 square foot, fully interactive augmented reality (AR) experience focusing on the 82nd and 101st Airborne divisions and their missions during D-Day. Through spectacular scientifically- and historically-validated 360° recreations, museum visitors will travel in time to understand the key moments of this decisive battle for the success of D-Day. The exhibit will be open from May 13 through the end of the year.

For a full schedule of events, please visit the museum website.

Decoy Art Center ART@HOME to-go KITS
Events Calendar Featured Events
Dayton Local takes reasonable measures to ensure the quality and accuracy of the information on this page. Use of this site is at your own risk, and by doing so, you agree to our Terms & Conditions. You can report inaccurate, misleading or inappropriate information using the button below. Thank you.
© 2020 DAYTON LOCAL