As scheduled Opening Day passes, we celebrate the Dayton Dragons 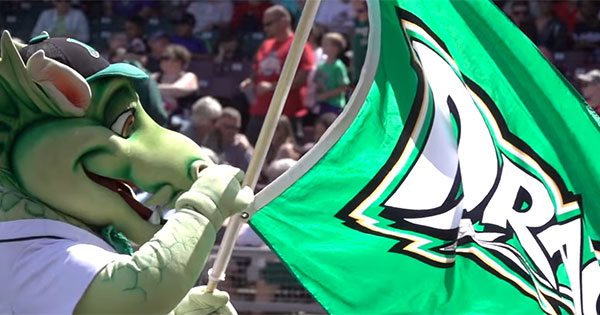 Due to COVID-19 and the stay-at-home-order in Ohio, the scheduled opening day for the Dayton Dragons 21st season will pass without a single called strike or passed ball.

As scheduled Opening Day passes, we celebrate the Dayton Dragons

The scheduled opening day for the Dayton Dragons, tomorrow, April 9, will pass without a single called strike or passed ball. However, it takes more than a wide-spreading virus to silence the historic twenty years the Dragons have played in their lair. If the wind blows just right, the sound of bats cracking can be heard floating through the air in anticipation of the national pastime to get underway.

Previously the Rockford Reds, a Single A affiliate, the team was moved to Dayton in 2000 and renamed the Dragons. In Illinois, the team was ranked 12th in attendance out of 14 teams in the Midwest league. Though there were some skeptics, attendance has never been an issue in Dayton. Every home game through 20 seasons has been sold out, breaking the record in 2011 for the longest streak of sellouts by a professional sports franchise. The record of 815 games was previously held by the Portland Trailblazers of the NBA. The total is now at 1, 385 consecutive sellouts and counting once play resumes. The Dragons have led the Midwest league in attendance every year since coming to Dayton. Despite all the sell-outs, tickets for lawn seating are still available for all games.

Earlier this year the home of the Dragons, Fifth Third Field, was renamed Day Air Ballpark. The Day Air Credit Union, based out of Kettering, made a 10-year agreement for the ballpark. The Day Air Ballpark contains over 6,000 seats with additional seating available on the lawn. A focal point is the 2,054 foot 13HD video board  that was upgraded in 2015. At the time of its installation, the video board was the tallest and widest in a Single A facility and in the top five in size for any minor league baseball stadium.

For many fans in attendance, the actual baseball game is secondary to the overall experience. The in-between innings antics by mascots Heater & Gem, entertainment hosted by the Green Team, Roofman and of course the food is the main attraction to some.

The on-field product has produced over 100 major league players, including some All-Stars such as Joey Votto, Johnny Cueto, Jay Bruce and Edwin Encarnacion. The 2011 season was the teams most winningest year by finishing first in their division and achieving a franchise record in wins (83). They also set franchise records for team ERA (3.39) and shutout wins (14). The team set a Midwest league record for strikeouts (1,292) and stolen bases (224), including 103 by Billy Hamilton.

It’s still to be determined when the baseball season will begin, but the Dayton Dragons anxiously await to succeed in entertaining their fans. Better days are still to come as victory over the virus will be celebrated when ‘Take Me Out to the Ballgame’ becomes not just a song, but an order. When the sound of a bat cracking is more than a memory, but a Dragon hitting a homerun. Until then relish in the memories the Dragons have made, and celebrate their first twenty years. 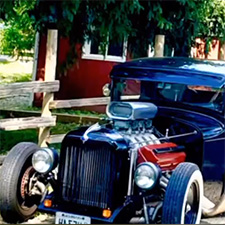 Cruise-In at Clifton Mill
Events Calendar Featured Events
Follow Us
Dayton Local takes reasonable measures to ensure the quality and accuracy of the information on this page. Use of this site is at your own risk, and by doing so, you agree to our Terms & Conditions. You can report inaccurate, misleading or inappropriate information using the button below. Thank you.
© 2022 DAYTON LOCAL