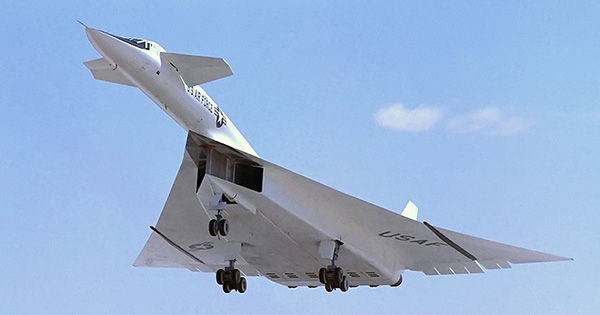 On The Move: XB-70 Valkyrie

Please note this aircraft is not currently on display. The North American XB-70 Valkyrie is scheduled to be moved from it's current location at the National Museum of the United States Air Force in the Research & Development Gallery (now closed) to the museum's new fourth building on Tuesday, October 27, 2015. The aircraft will return to display when the new building opens to the public in June 2016.

The XB-70, one of the world's most exotic airplanes, was conceived for the Strategic Air Command in the 1950's as a high-altitude bomber that could fly three times the speed of sound (Mach 3).  Two prototype aircraft were built as research aircraft and used for the advanced study of aerodynamics, propulsion and other subjects related to large supersonic aircraft from 1964–69.

The Valkyrie was fabricated using stainless-steel honeycomb sandwich panels and titanium. It was designed to make use of a phenomenon called "compression lift," achieved when the shock wave generated by the airplane flying at supersonic speeds supports part of the airplane's weight.  This unique characteristic reduced drag and was one of the secrets of the XB-70s performance.  The propulsion system consisted of six General Electric turbojet engines (J93-GE 3) with two large rectangular inlet ducts providing two-dimensional airflow.

The No. 2 airplane first flew on July 17, 1965, but crashed following a mid-air collision on June 8, 1966 with NASA's F-104N chase plane. Joe Walker, the F-104N pilot, died in the accident.  North American test pilot Al White ejected from the XB-70 in his escape capsule, but received serious injuries in the process. Co-pilot Maj. Carl Cross, who was making his first flight in the XB-70, was unable to eject and died in the crash.

The deaths of Cross and Walker, as well as the destruction of the second XB-70 had major consequences for the research program, and the airplane did not fly again until November 3, 1966.  The No. 1 airplane continued in its research program until it was flown to the museum on Feb. 4, 1969.

Photo right - inside the cockpit of the XB-70 Valkyrie. 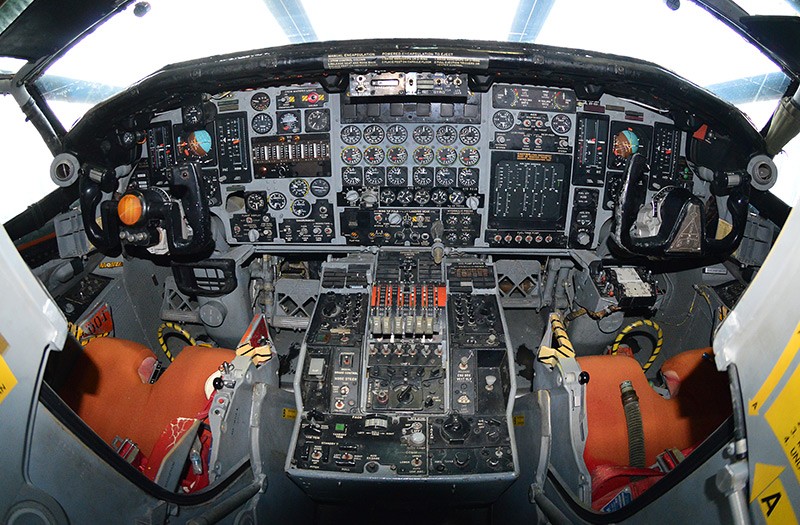