Review: Chicago is in a league of its own
Login

Review: 'Chicago' is in a league of its own 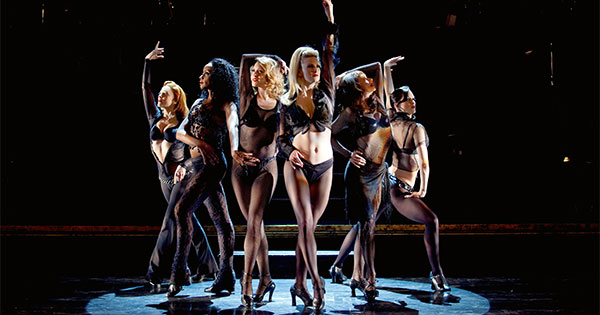 Consider yourself fortunate if you were able to see ‘Chicago’ during its two night stay at the Schuster Center. If not, don’t miss it next time.

Review: 'Chicago' is in a league of its own

The musical ‘Chicago’ has murder, deception, sexual escapades and all that jazz (plus the song too). After seeing ‘Chicago’ it’s very clear why it’s the longest running American musical in Broadway history. More than just a cast of scantily clad characters, catchy songs and amazing choreography; it has a masterful plot with lots of sad truths that are still very relevant to today’s society. It’s safe to say that ‘Chicago’ is in a league of its own, there is nothing else like it.

The show starts with a bang, followed by a gunshot. The shooting is all that is seen on stage. Roxie, a fame seeking egomaniac murders a philanderer who was lured into her bedroom. No offense to Dylis Croman, but the dastardly Roxie is a role she was born to play. Croman has a killer voice and a charm that’s downright sinful. I’d always thought of Harry Caray as Chicago’s most iconic figure, but Holy Cow, that was before seeing Croman. 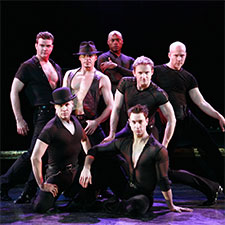 Cubs fans will agree that Harry Caray was one of a kind, but Croman’s greatness is matched by Terra C. MacLeod, as Velma. Every movement by MacLeod whether it’s an impressively high leg kick or a sultry glide, is perfect. MacLeod’s rendition of ‘All That Jazz’ is the best opening number I’ve ever seen in a show. Her voice and rhythmic movements could make ‘All That Jazz’ titillating if she wore a sweat suit, but the mini-mini dress is a nice fit. Emphasis on nice fit. Velma is another murderess, clamoring to be a household name. In her portrayal, MacLeod is guilty of committing a crime herself. She stole the Wicked Witch’s spot as my favorite villainess.

The lawyer for both Roxie and Velma is the equivalent of O.J’s Dream Team all rolled into one, but without a leather glove to work with. Billy Flynn, played by Peter Lockyer, claims he could have saved Jesus from being sentence to the cross. IF Jesus was willing to pay. There should be no objections that Flynn is divine in the role. While Flynn’s fee is $5,000, the talent that Lockyer provides is priceless. In addition to a heavy case load, Lockyer shows that he can also carry a very long note.

Perhaps the biggest crime in ‘Chicago’ is the scenes stolen by Paul Vogt as Andy err Amos. Despite being the most fully dressed cast member (thankfully), Vogt makes sure to be noticed. Even the blind could see the excellence displayed during ‘Mister Cellophane’ by Vogt. Furthermore, Vogt also has the best/funniest stage exit.

A special mention must also be made of D. Ratell as television reporter Mary Sunshine who gives a new meaning to the term ‘fake news.’ Another standout is Jennifer Fouche as Matron ‘Mama’ Morton. Plus was a pleasure to see a local, Seth Danner, who graduated from Tippecanoe High School flaunt his talents on stage.

Other musical highlights is the ‘Cell Block Tango,’ which imprisons your attention. If nothing else it taught me to never pop my chewing gum. The chemistry between Lockyer and Croman is magical during ‘Razzle Dazzle’ as Lockyer pulls all the rights strings. And MacLeod and Fouche share a humorous and true song called ‘Class.’ ‘Class’ should be required by all to hear.

While other shows have fancier set pieces and more lavish costumes, ‘Chicago’ is bound to resonate the deepest. Consider yourself fortunate if you were able to see ‘Chicago’ during its two night stay at the Schuster Center. If not, don’t miss it next time. 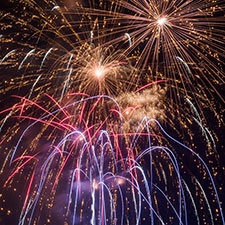