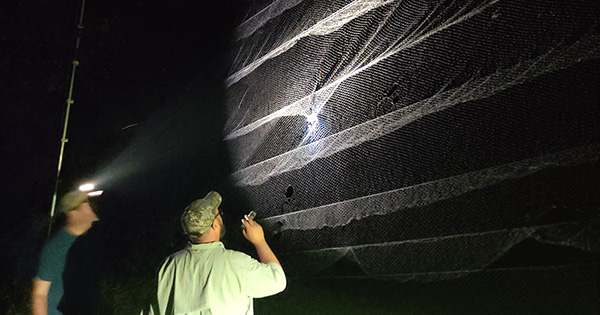 Ohio's first "bat blitz" survey to be hosted by MetroParks

Five Rivers MetroParks is hosting an intensive ecological survey of bat species in multiple MetroParks this August. This survey – also referred to as a bat blitz – is the first of its kind in Ohio and includes a number of researchers from organizations across Ohio and Indiana. The bat blitz will be held overnight, on both Friday, Aug. 19 and Saturday, Aug 20. 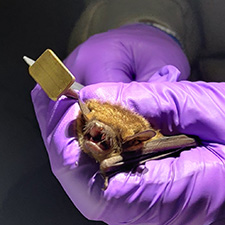 “The goal of this bat blitz is to collectively gather professionals to accomplish what could otherwise take a single biologist an entire year to do in terms of research,” said MetroParks regional manager of conservation Grace Dietsch. “Bats are a good indicator of the ecological health of our natural spaces and the data collected during the bat blitz will give us some insight on what is happening in our parks and across the Miami Valley.” 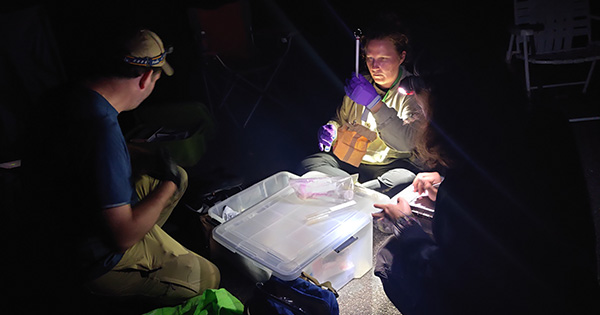 Mist nets, fine mesh nets made from synthetic material, will be erected at a variety of stations in Germantown and Twin Creek MetroParks, and the Upper Twin Conservation Area – all locations bats may use as flight corridors. Because mist nets are hard to detect, bats will fly into them, allowing researchers to view specimens and collect data with regards to their species, size, age, weight, health, reproductive status and more. Species that are listed as endangered on the state and federal level may be banded, and oral swabs or fur clips may be taken for special projects.

Because participating researchers have experience handling bats and wildlife permits, the surveying process is harmless to both the bats and researchers. Bats will be released in the same area in which they are collected after they are surveyed.

Indeed, bat populations have been dwindling due to climate change, habitat loss, disease, pesticide use and more, with some species, such as the Indiana bat, becoming endangered. Bats are important to natural ecosystems and the local economy for insect control.

Biologists with the Ohio Bat Working Group identified a portion of southwest Ohio as an area that was under-surveyed, which prompted Five Rivers MetroParks and the Ohio Division of Wildlife to conduct acoustic and small-scale mist net surveys at Germantown MetroPark over the last few summers.

“After collecting data from initial surveys, we had strong support from the Ohio Bat Working Group to move forward with a full, two-day bat blitz,” said Dietsch. “Surveys of this kind really involve a substantial commitment of time, expertise and materials that are volunteered by researchers, and we couldn’t conduct this bat blitz without these partners.”

While the bat blitz won’t be open for the public to observe, Five Rivers MetroParks will be hosting limited, registration-only educational opportunities for students and teachers during the survey. A virtual program will also be hosted on Five Rivers MetroParks’ social media accounts at 9 p.m. on Saturday, Aug. 20.

“There are many misconceptions about bats,” said MetroParks education coordinator Joshua York. “This is an opportunity to inform the public about these important creatures and get a behind-the-scenes look at what it’s like to be a biologist collecting research.”