Dayton Radio Icons - DJs from the past
Login 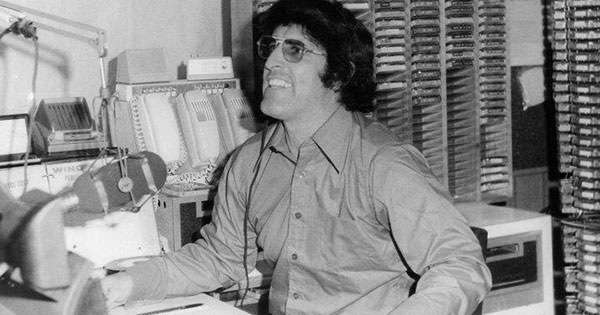 While their careers in radio have past, the voices of several former Dayton disc-jockeys remain in the minds of their many fans.

There are generations who often found themselves late to school or work in the mornings because they couldn’t force themselves to turn off the dial and silence the big personalities that filled the airwaves.

One legend of Dayton radio from WING was Steve Kirk ‘Kirkie,’ who worked the mornings from 1967 to 1992. Listeners still remember his introduction, ‘Hi-ya gang…Kirkie here…ha-chi-chi-chi-chi-chi.’ Kirk had a big sense of humor, which was especially evident in his prank phone calls. It was never known who or where he was going to call with some hilarious absurd question. Kirk’s voice was distinct, perfect for radio and another defining feature was his full head of white hair. In addition to his work on the radio, Kirk also assisted with many charitable events. WING used to hold the popular Sock Hop every year, which helped a number of area causes.

Across the dial, Kerrigan & Christopher ruled the morning airwaves from 1986 to 1999 on WTUE. (Steve) Kerrigan & Christopher (Geisen) were the shock-jocks of Dayton. The music was secondary to their banter, which was always hilarious and sometimes risqué. One memory of the duo is their annual St. Patrick’s Day celebration which was a live remote from Flanagan’s Pub with a spirited atmosphere. Their popularity was evident when Kerrigan battled leukemia and the community offered much support until he passed away in 2011.

Another area legend was Lou Emm, who worked for WHIO radio for more than fifty years, from 1941 to 1992. For the majority of his career Emm served as host of station’s morning show. Emm originated a talk show titled, ‘Conversation Piece,’ which was later taken over by Phil Donahue who went on to host a nationally televised television program. With his trademark cigar, Emm also participated in a number of charity events and celebrity golf tournaments. After retiring from WHIO, he worked for WONE for a short time. Emm passed away in 1997, and was honored by having every radio station in Dayton pause for a moment of silence in his memory. It’s something that had never been done before or since.

Those a little older may remember, “I gotta go now…got to see a man about a record…” which was the sign off for Gene ‘by golly’ Barry. Barry had a nighttime show on WING titled ‘Swing with WING’ in the fifties through 1964. Barry then went on to be instrumental in the development of WDAO, which was Dayton’s first radio station geared towards African American’s. He also served as a disc-jockey on the station for a time. He would then return to WING in the seventies and raised more than forty-thousand dollars for victims of the Xenia tornado. After yet another separation from WING, Barry came back again to host a Saturday night oldies show, which was often broadcasted live from the Radisson Inn. Barry passed away in 2001.

In addition to his work for WONE, beginning in 1969, David G. McFarland was also a well-known television personality. While at WONE, McFarland did a live remote from a local furniture store for twelve years. In 1975, McFarland was selected by WDTN, Channel 2, to host the local edition of “Bowling for Dollars,” which aired five nights a week for two years at 7 p.m. He then hosted a local talent show called “TV-2 Summertime Review.” McFarland currently works as a d.j and offers a karaoke service for special events.

These are just a few of the notorious voices from Dayton’s history in radio. What voices do you remember?