WHO DEY! Killer Brownie is now the Official Brownie of the Bengals
Login

WHO DEY! Killer Brownie is now the Official Brownie of the Bengals 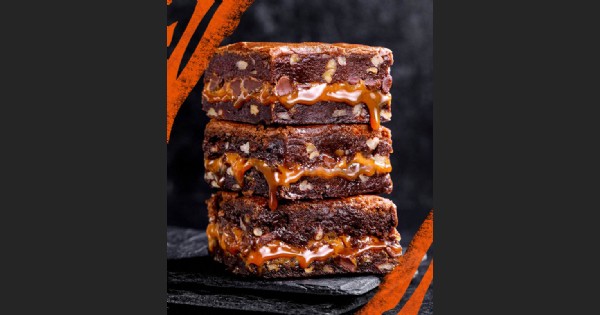 The beloved Killer Brownie® is getting its stripes … Bengals stripes that is, as the official brownie of the Cincinnati Bengals!

They may not be "killing it" on the field this season (so far), but the Cincinnati Bengals have just scored a big win in the stands.  Yesterday, it was announced The Killer Brownie® is now the "Official Brownie" of the Bengals, and the local delectable treat will be available at concession stands throughout Paycor Stadium starting with Sunday’s game against the Carolina Panthers.

"Finding partners that align with our values and provide great products to our fans is a big driver for us," said Ryan Holmes, Bengals Director of Corporate Partnerships. "The Killer Brownie Company meets both of those criteria, and we are excited for fans throughout the region, especially at Paycor Stadium, to enjoy their extraordinary product."