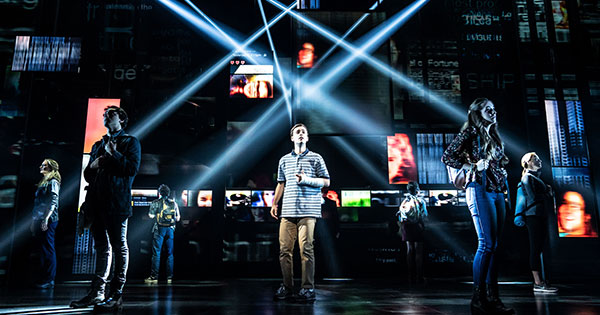 'Dear Evan Hansen' is no ordinary musical, it's exceptionally superb and well worth the price of gas used to go see it.

This isn’t going to be an ordinary review, but not much of anything has been ordinary the past couple of years. Why should I be any different? Consider the mandate on ordinary as lifted. ‘Dear Evan Hansen’ is no ordinary musical, it’s exceptionally superb and well worth the price of gas used to go see it.

‘Dear Evan Hansen’ continues at the Schuster Center through March 13.

If you are actually reading this…Wow! Thank you and please don’t stop. What am I thinking? I’m sure you all are much too busy to read anything from me. I’m just a lowly freelance writer with emphasis on free. I could never write another review and nobody would even notice. I wouldn’t be missed. However, this review is going to be a good review and here’s why…there’s nothing bad to say about any of you.

Imagine a forest of musicals, where ‘Dear Evan Hansen’ would stand tall, like a towering oak tree. High above most of the others. You all make the tree flourish with its bountiful array of colorful leaves, providing a purpose. A tree without leaves is like a musical without actors, it’s just there. Leaves provide beauty, nourishment and shelter. Your performances fed my soul and allowed me to safely escape reality for nearly three hours.

Stephen Christopher Adams you so totally embody the character of Evan Hansen that your hands are probably actually sweaty. You fully capture his nervous anxiety and meekness. The show is an emotional journey, and you serve as captain throughout, holding the audience in your sweaty palms without letting us drop. Your frame may be small, but your voice is surprisingly huge. Your performance is a delight to witness and your talents have certainly been found.

According to a note in my program, on the night I attended, Alaina Anderson, you played Zoe Murphy. Never would have guessed you were an understudy as your radiant performance was flawless. From grieving sister to a love-struck girlfriend, you also portrayed a range of emotions, and with a beautiful voice.

The loss of a child is a parents absolute worst nightmare, especially with the added guilt that it possibly could have been prevented. John Hemphill and Kelsey Venter you both most accurately portrayed the hurt and suffering that your characters would feel.

Jessica Sherman, your character of Heidi Hanson is always on the move, but your scenes leave a lasting impression. And Nikhil Saboo, while Connor departs much too soon, you still bring a lot of life to the show,

Last but certainly not least, Matthew Edward Kemp (Jared) and Ciara Alyse Harris (Alana) neither of you ever fail when in the spotlight. Compared to other musicals you the cast are small in number, but measure up against any competition in talent.

Any tree also needs a strong root system to thrive, and ‘Dear Evan Hansen’ certainly has that with its theme.  At its core is the need to be seen and acknowledged by others, rather than being invisible. We all, but especially teens, put a lot of weight on how others perceive us. A little white lie, quickly multiplies for Evan, and despite feeling guilty for it, he can’t bring himself to escape from the benefits. He’s finally getting the recognition he had so desired.

I must confess, I went in not knowing much about the show. I knew it dealt with suicide and won some Tony’s, including for Best Musical. I was aware the movie version flopped, but was still better than CATS. It’s a crime that I went so long without even knowing about Evan’s trademark blue striped shirt. It’s a powerhouse of a show that hits on every emotion and is musical theatre in its finest form. The best shows have you laughing one minute and crying the next, all while anxiously awaiting how it’s all going to end up. There are some scenes that are really exceptional, such as when Evan presents his speech, the conclusion of the first act with the entire cast on stage and when Evan finally faces the truth. All are examples of what theatre is meant to be. Are moments that being able to witness, make life worth living.

On a personal note, it’s been a difficult past couple of weeks. My father unexpectedly passed away, followed by my aunt. Their funerals were on back to back days. Being from a close knit family, it was really hard. Through my years of school, I was treated a lot like Evan, invisible to my peers except to be criticized. Thankfully I had a family though that were my circle of friends, who allowed me to be seen. They, including my dad provided me with the nourishment and shelter reminiscent to the leaves of a big oak tree. The leaves of my family tree are starting to fall, but its roots still run deep and are full of life. Thank you all for the reminder about the value of life and the message you are spreading across the nation. 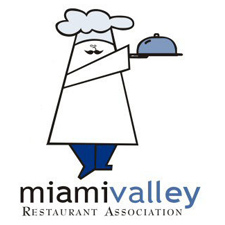 Dayton Restaurant Week 2022
Events Calendar Featured Events
Follow Us
Dayton Local takes reasonable measures to ensure the quality and accuracy of the information on this page. Use of this site is at your own risk, and by doing so, you agree to our Terms & Conditions. You can report inaccurate, misleading or inappropriate information using the button below. Thank you.
© 2022 DAYTON LOCAL