Broadway shows coming to Dayton in 2022 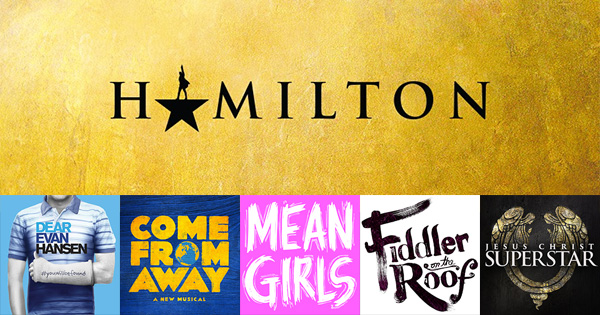 HAMILTON and FIDDLER ON THE ROOF are among the lineup of Broadway musicals coming to Dayton as part of the 2021-2022 Premier Health Broadway Series.

Broadway shows coming to Dayton in 2022

"For months and months, we've waited and waited to be able to say when Broadway will be back in Dayton," stated Ty Sutton, Dayton Live President & CEO. "We're thrilled to be announcing not only the Premier Health Broadway in Dayton lineup, but also as many additional performances and series as we possibly can. We can't wait to have our venues brimming with people and shows and excitement."

The Premier Health Broadway in Dayton Series features the hottest touring Broadway shows going back out on the road, including some titles previously announced. "But of course, having two weeks of HAMILTON in January is going to be huge – with DEAR EVAN HANSEN right after that! You'll definitely want to be in 'The Room Where It Happens' by being a Season Ticket Holder."

Here are the Broadway shows that are coming to Dayton's Schuster Center stage: 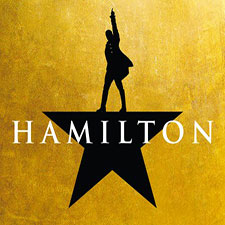 This "theatrical landmark has transformed theater and the way we think about history" (The New York Times). HAMILTON is the story of America then, told by America now. Featuring a score that blends hip-hop, jazz, R&B and Broadway, HAMILTON has taken the story of American founding father Alexander Hamilton and created a revolutionary moment in theatre – a musical that has had a profound impact on culture, politics, and education. With book, music, and lyrics by Lin-Manuel Miranda, direction by Thomas Kail, choreography by Andy Blankenbuehler, and musical supervision and orchestrations by Alex Lacamoire, HAMILTON is based on Ron Chernow's acclaimed biography. It has won Tony®, Grammy®, and Olivier Awards, the Pulitzer Prize for Drama, and an unprecedented special citation from the Kennedy Center Honors.

Winner of six Tony Awards including Best Musical, DEAR EVAN HANSEN is "a cultural phenomenon" (LA Times). A letter that was never meant to be seen, a lie that was never meant to be told, a life he never dreamed he could have. Evan Hansen is about to get the one thing he's always wanted: a chance to finally fit in. DEAR EVAN HANSEN is the deeply personal and profoundly contemporary musical about life and the way we live it. DEAR EVAN HANSEN has struck a remarkable chord with audiences and critics everywhere, including The Washington Post who says DEAR EVAN HANSEN is "one of the most remarkable shows in musical theatre history." The New York Times calls it "a gorgeous musical for anyone with a beating heart." And NBC Nightly News declares the musical "an anthem resonating on Broadway and beyond. " DEAR EVAN HANSEN features a book by Tony Award® winner Steven Levenson, a score by Grammy®, Tony®, Olivier® and Academy Award® winners Benj Pasek and Justin Paul (La La Land, The Greatest Showman), and direction by four-time Tony Award® nominee Michael Greif (Rent, Next to Normal). 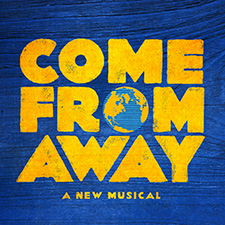 Broadway's COME FROM AWAY is a Best Musical winner all across North America! This New York Times Critics' Pick takes you into the heart of the remarkable true story of 7,000 stranded passengers and the small town in Newfoundland that welcomed them. Cultures clashed and nerves ran high, but uneasiness turned into trust, music soared into the night, and gratitude grew into enduring friendships. Don't miss this breathtaking new musical written by Tony® nominees Irene Sankoff and David Hein, and helmed by Tony®-winning Best Director Christopher Ashley. Newsweek cheers, "It takes you to a place you never want to leave! " On 9/11, the world stopped. On 9/12, their stories moved us all.

Direct from Broadway, MEAN GIRLS is the hilarious hit musical from an award-winning creative team, including book writer Tina Fey ( "30 Rock "), composer Jeff Richmond ( "Unbreakable Kimmy Schmidt "), lyricist Nell Benjamin (Legally Blonde) and director Casey Nicholaw (The Book of Mormon). Cady Heron may have grown up on an African savanna, but nothing prepared her for the vicious ways of her strange new home: suburban Illinois. Soon, this naïve newbie falls prey to a trio of lionized frenemies led by the charming but ruthless Regina George. But when Cady devises a plan to end Regina's reign, she learns the hard way that you can't cross a Queen Bee without getting stung. New York Magazine cheers, "MEAN GIRLS delivers with immense energy, a wicked sense of humor and joyful inside-jokery. " USA Today says, "We'll let you in on a little secret, because we're such good friends: GET YOUR TICKETS NOW! " 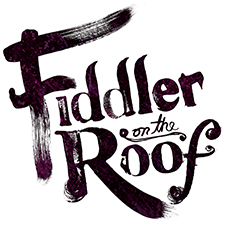 Audiences across North America are toasting a new production of FIDDLER ON THE ROOF! Rich with musical hits you know and love, including "Tradition, " "Sunrise, Sunset;' "If I Were A Rich Man;' "Matchmaker, Matchmaker " and "To Life (L'Chaim!), " FIDDLER ON THE ROOF is the heartwarming story of fathers and daughters, husbands and wives, and life, love and laughter. Tony®-winning director Bartlett Sher and the team behind South Pacific, The King and I and 2017 Tony-winning Best Play Oslo, bring a fresh and authentic vision to this beloved theatrical masterpiece from Tony® winner Joseph Stein and Pulitzer Prize winners Jerry Bock and Sheldon Harnick. Featuring a talented cast, lavish orchestra and stunning movement and dance from Israeli choreographer Hofesh Shechter, based on the original staging by Jerome Robbins, FIDDLER ON THE ROOF will introduce a new generation to the uplifting celebration that raises its cup to joy! To love! To life! 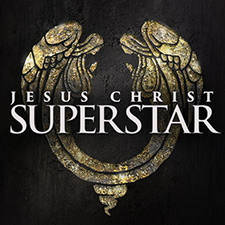 JESUS CHRIST SUPERSTAR is an iconic musical phenomenon with a world-wide fan base. In celebration of its 50th anniversary, a new mesmerizing production comes to North America. Originally staged by London's Regent's Park Open Air Theatre and helmed by the acclaimed director Timothy Sheader (Crazy for You, Into the Woods) and award-winning choreographer Drew McOnie (King Kong, Strictly Ballroom), this production won the 2017 Olivier Award for Best Musical Revival garnering unprecedented reviews and accolades. Appealing to both theater audiences and concert music fans, this production pays tribute to the historic 1971 Billboard Album of the Year while creating a modern, theatrical world that is uniquely fresh and inspiring. Featuring award-winning music by Andrew Lloyd Webber and lyrics by Tim Rice, JESUS CHRIST SUPERSTAR is set against the backdrop of an extraordinary series of events during the final weeks in the life of Jesus Christ as seen through the eyes of Judas. Reflecting the rock roots that defined a generation, the legendary score includes "I Don't Know How to Love Him, " "Gethsemane " and "Superstar. "

Season Ticket Holders from the 20-21 Premier Health Broadway in Dayton Series will have their subscription tickets rolled into the new 21-22 Season. They will receive a statement of account from the Dayton Live Ticket Office which will confirm their seat locations and any amounts due. Contact the Ticket Office with any questions at 937-228-3630 or email tickets@daytonlive.org.

Season Tickets are the best way to guarantee seats to these Broadway hits. Call 937-228-3630 or go to daytonlive.org/broadway for more information. Season Ticket Holders get many perks, including advance opportunities to purchase tickets before they go on sale to the general public.

Season Tickets are the way to go to get the best seats at the best price. Popular demand can make ticket prices go up as the performance date approaches. With titles like HAMILTON and DEAR EVAN HANSEN, Season Tickets will be the best way to guarantee seats.

When will tickets go on sale for individual shows, especially HAMILTON?

Single tickets will go on sale late in the summer or early in the fall for most shows. Patrons should sign up to receive Dayton Live’s emails and follow Dayton Live on social media to be sure to hear the latest on-sale information.

All performances, dates & times are subject to change. 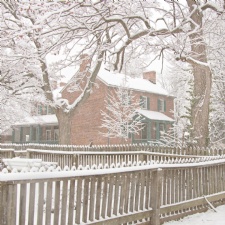 A Holiday Evening at Carriage Hill 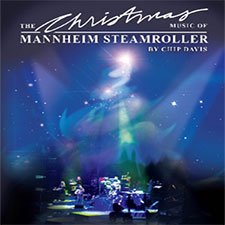