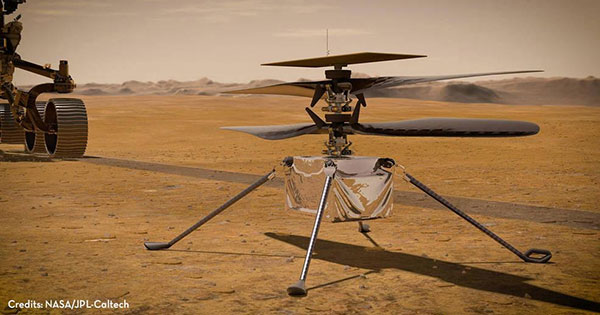 NASA's Ingenuity Martian helicopter holds a small piece of fabric from the wing of the 1903 Wright Flyer, which was donated to the agency by Carillon Historical Park.

A piece of the Wright brothers’ Kitty Hawk Flyer is set to take flight again—this time on Mars!

NASA’s Ingenuity Martian helicopter holds a small piece of the wing covering from the Wright Flyer I, the plane used by Wilbur and Orville Wright for their first successful flight in 1903. 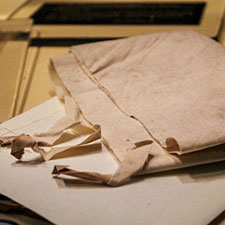 Ingenuity, which made the 300 million-mile trip to Mars aboard the Perseverance rover, will attempt the flight no sooner than April 8.  The wing fabric, which was donated to NASA by Dayton History, is wrapped with tape around a cable located underneath the helicopter’s solar panel. 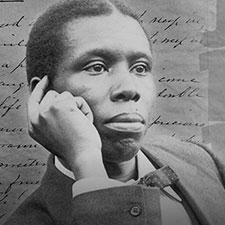 Paul Laurence Dunbar: A Juneteenth Celebration
Events Calendar Featured Events
Follow Us
Dayton Local takes reasonable measures to ensure the quality and accuracy of the information on this page. Use of this site is at your own risk, and by doing so, you agree to our Terms & Conditions. You can report inaccurate, misleading or inappropriate information using the button below. Thank you.
© 2022 DAYTON LOCAL