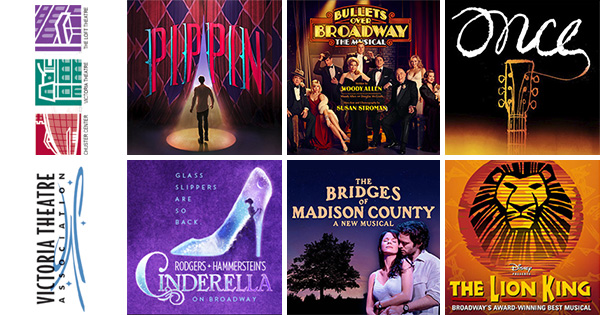 Some of the most Tony award winning musicals makeup the 2015-16 Premier Health Broadway Series of the Victoria Theatre Association., including the megahit ''Disney's The Lion King''.

A collection of some of the most Tony award winning musicals makeup the 2015-16 Premier Health Broadway Series of the Victoria Theatre Association. In addition to five new-to-Dayton titles, the megahit "Disney's The Lion King," is returning for a four week engagement next summer. The shows scheduled to make their Dayton premieres are "Pippin," "Bullets Over Broadway," "Once," "The Bridges of Madison County," and "Rodgers + Hammerstein's Cinderella."

"I am really excited about the new shows on this year's Premier Health Broadway Series. Each Tony award - winning production will give our audiences a unique and rich theatrical experience," said Victoria Theatre Association and Arts Center Foundation CEO & President Ken Neufeld. 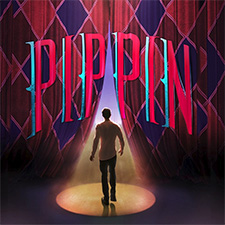 PIPPIN: The high-flying, death-defying hit musical "Pippin," is an unforgettable new production that won a total of four 2013 Tony Awards including Best Musical Revival. One young man's journey to be extraordinary begins on October 6 at the Schuster Center and will continue through October 11, 2015. 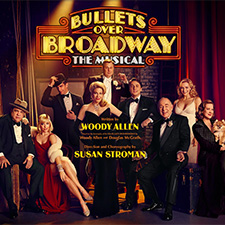 A hilarious new musical comedy, written by Woody Allen is "Bullets Over Broadway." It's the story of young playwright who, in desperate need of financial backing for his next show accepts an offer he can't refuse from a mobster looking to please his showgirl girlfriend. It will be in town November 3-8, 2015. 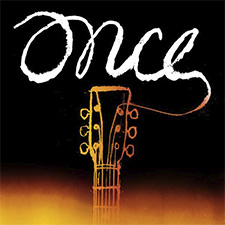 ONCE: A truly original Broadway experience and winner of eight 2012 Tony Awards is "Once The Musical." "Once" features a talented ensemble of actors/musicians who play their own instruments onstage, and tells the enchanting tale of a Dublin street musician about to give up his dream when a beautiful young woman takes a sudden interest in his love songs. As the chemistry between them grows, his music soars to powerful new heights, but their unlikely connection turns out to be deeper and more complex than a typical romance. "Once" will run January 19-24, 2016. 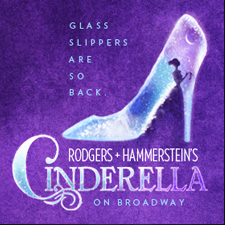 CINDERELLA: The classic fairytale, spruced up with incredible music and costumes will grace the stage February 9-14, as "Rodgers + Hammerstein's Cinderella,' finds a perfect fit in Dayton. The show contains the beloved elements like the pumpkin, the glass slipper, the masked ball and much more, as well as some new twists. 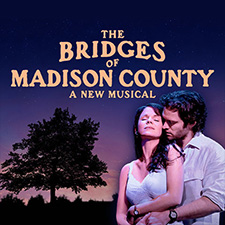 THE LION KING: The season concludes with "Disney's The Lion King," one of Dayton's most loved musicals. A story filled with hope and adventure set against an amazing backdrop of stunning visuals is certainly a production to witness. Don't miss the chance to join the more than 75 million people around the world who has seen the show. "Disney's The Lion King" will run from June 7 to July 3,2016.

The process to set up the schedule takes Neufeld more than a year, as he's already began working on the 2016-17 season. He's very pleased with the results for 2015-16. "We try to satisfy the wants and needs of our audience with shows that are new, classic, family oriented and more adult in nature. Variety is key," said Neufeld.

On October 4, 2015 at the Schuster Center, Roseanne Cash will be on stage for one night of legendary country music.

The cult classic film "Evil Dead The Musical" will entertain with chills and laughs on November 5-7, 2015 at the Victoria Theatre. It's possibly the only musical where you can choose to sit in the "Splatter Zone" and get drenched from the mayhem, or watch from a safe (and dry) distance.

A holiday tradition continues on December 2, 2015 with the "Mannheim Steamroller Christmas."

On the 2015-2016 Victoria Theatre Family Series is "The Berenstain Bears Live! In Family Matters The Musical." The family of bears from the beloved children's books are brought to life in the musical that can be enjoyed by all ages on October 17, 2015 at the Victoria Theatre.

On January 30, 2016 at the Victoria Theatre will be "Three Little Birds," a show for kids with songs written by Bob Marley.

"Tim and the Space Cadets" will land on February 20, 2016, a band that plays songs about the important things in life like pizza parties, snow days, and summer vacations.

And on April 16, 2016 will be the chance to see pet's do things never imagined to be possible in "Popovich Comedy Pet Theater."