Interview with Kiki from Flashdance-The Musical 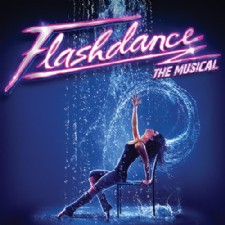 When Brianna-Marie Bell visits Dayton as part of ‘Flashdance – The Musical,’ she’ll be a changed person from when she last left her home state of Ohio.

Interview with Kiki from Flashdance-The Musical

When Brianna-Marie Bell visits Dayton as part of ‘Flashdance – The Musical,’ she’ll be a changed person from when she last left her home state of Ohio. She has not only grown a lot from her accomplishments, such as earning a major role in her first U.S national tour, but Bell’s character of Kiki is vastly different from herself.

‘Flashdance – The Musical’ is at the Schuster Center on January 20 through the 25 and Bell’s family and friends will be in the audience. “I’m excited to show them what I’ve achieved,” she said.

Raised in Shaker Heights, Bell later lived in Stow, before moving to New York as a quiet, mild mannered young woman. In the role of Kiki, she inhabits none of those traits, but is instead a very sassy, straight to the point, independent, sexual person. For Bell, both the greatest challenge and biggest pleasure from the role is being someone who is the total opposite of herself. “It was difficult for me to get into character at first because I’m totally not that person. I watched a lot of movies with strong women to gain a sense of her attitude,” said Bell. “It’s a very fun part to play. I enjoy her bravery and spunk. Kiki certainly has some sassiness.’

At only 20 years old, Bell is the youngest female cast member, but doesn’t play the youngest character. She had to prove herself capable of handling the responsibility of the role and believes that she has done so. After graduating from AMDA in May, Bell’ first audition was in June, for ‘Flashdance,’ was in June and she was offered the part just days later.

Between the ages of 16 and 18, Bell auditioned for ‘American Idol,’ on which she made it to the Hollywood round. Though her experiences on ‘American Idol’ weren’t all she hoped them to be, they proved to be very valuable. The judges always told me that I was too “musical theater sounding”. I took their words to heart and I do love to sing, act, and dance. They helped me to find my true calling,” she said.

Though Bell had taken some dancing classes as a child, they were for a different style of dance than what is used in ‘Flashdance.’ She had to release some of her inhibitions to embody Kiki, a process that esteemed choreographer Sergio Trujillo assisted with. To work with Trujillo (Jersey Boys, Memphis, The Addams Family) was intimidating for Bell, but ended up being an experience that defined her performance.  When preparing the choreography for ‘Manhunt,’ which is Bell’s featured song, Trujillo asked her to improvise some moves. “I had to let my guard down and go for it. He ended up putting some of my moves into the song, which puts a part of me into Kiki. It was scary, but was a really cool moment,” said Bell.

Based on the 1983 hit film, ‘Flashdance,’ tells the inspiring and unforgettable story of Alex Owens (Karli Dinardo), a Pittsburgh steel mill welder by day and a bar dancer by night with dreams of becoming a professional performer. When a romance with her steel mill boss threatens to complicate her ambitions, Alex learns the meaning of love and its power to fuel the pursuit of her dreams. The score features hit songs from the movie, all of which become Top Ten hits on the radio, including ‘What A Feeling,’ ‘Gloria,’ and ‘I Love Rock and Roll.’ In addition, 16 new songs were written for the musical.

It’s not unusual for the audience to be dancing in the aisles, occasionally by women wearing leg warmers. Bell promises that the music will not soon be forgotten. “You’ll be singing the songs when you walk out. Us in the cast sing the songs from when we get up in the morning to when we go to bed at night, you would think we’d be tired of them, but they are so catchy,” she said.

‘Flashdance-The Musical,’ will be at the Schuster Center on January 20-25. 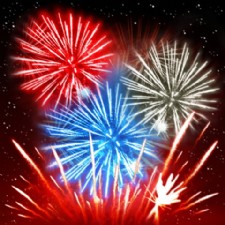