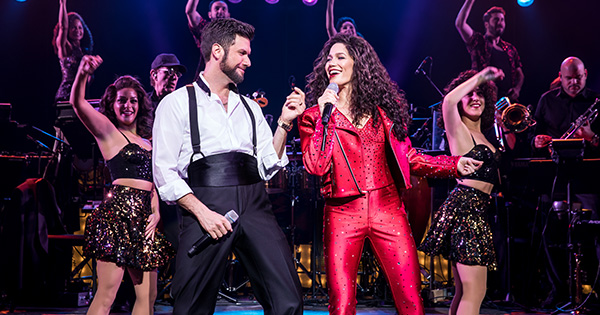 On Your Feet! The Musical – The Story of Emilio & Gloria Estefan is coming to the Schuster March 5-10.

‘On Your Feet’ is not only the title of the Broadway musical about Emilio & Gloria Estefan but also a call to the action that the band gives the audience. It’s reportedly near impossible to stay seated through the entire show due to the foot-stomping rhythmic music that begs to be danced to. More than just a musical, ‘On Your Feet’ is similar to a concert from when the Miami Sound Machine was in its prime. At the Schuster Center, March 5-10, those who attend should be prepared to be ‘On Your Feet.’ 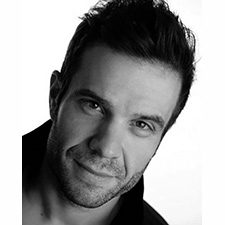 For Devon Goffman it’s a blessing to be part of a production with such a high level of musical talent. He’s an eye witness to the joy that it’s spread all across the country. “We’ve not had a show yet where the whole audience hasn’t been up and dancing by the end. It’s an electric show with a mix of being a musical, a play, and a concert all in one,” he said.

While the musical elements are top notch, Goffman strongly believes that the central storyline is equally compelling. It details the relationship of Emilio and Gloria Estefan, whose careers served as an inspiration to many. Now ‘On Your Feet’ is inspiring even more to pursue their dreams. “It’s a really phenomenal story about two immigrants who never gave up and changed American music forever,” said Goffman.

The story is especially relevant today, according to Goffman, with immigration being such a big issue. “The U.S is a land of immigrants. Everyone you meet is a descendant of an immigrant. It’s important that people be reminded of what America is,” he said.

A bonus of ‘On Your Feet’ is that the band, on stage throughout the whole show, contains some original members of the Miami Sound Machine. Among them is the show’s music director, Clay Ostwald, who co-wrote many songs with Gloria & Emilio Estefan. It provides a very unique sense of authenticity to the music that’s being replicated. “It’s very rare to have a show with people who were actually part of what is being portrayed. This is an amazing group of people you won’t want to miss the chance to see it,” said Goffman.

In addition to being part of the ensemble, Goffman plays Phil, a record producer who is initially opposed to the musical stylings of Gloria Estefan and the Miami Sound Machine. Phil is against the mixing of Latin and American music, but is eventually won over and becomes a staunch supporter.

For their vision to infuse their Latin rhythms into English lyrics, Goffman greatly respects the Miami Sound Machine. He has learned than many fans hold them in high esteem as well. “Americans had never heard anything like their music before. They have an underdog spirit and as a band inspired others to pursue their dreams,” he said.

In the second act, Goffman plays the doctor who is largely responsible for Gloria to walk again after a devastating bus accident. Her recovery is yet another source of inspiration that Gloria provides to her fans. Hoffman often hears personal stories from audience members at the stage door about how she inspired them to come backs from their handicaps.

To be back in Dayton is especially meaningful to Goffman, as in 2002 he was in town with the ‘Buddy Holly Story,’ for the first stop on his first tour. He was most recently in Dayton with ‘The Jersey Boys.’ He advises everyone to be ‘On Your Feet’ on March 5 – 10 at the Schuster Center.

2431: Mauricio Martinez as Emilio Estefan and Christie Prades as Gloria Estefan and Company, ON YOUR FEET! © Matthew Murphy

The Montgomery County Fair
Events Calendar Featured Events
Follow Us
Dayton Local takes reasonable measures to ensure the quality and accuracy of the information on this page. Use of this site is at your own risk, and by doing so, you agree to our Terms & Conditions. You can report inaccurate, misleading or inappropriate information using the button below. Thank you.
© 2022 DAYTON LOCAL