Behind the Scenes: The Book of Mormon
Login

Behind the Scenes: The Book of Mormon 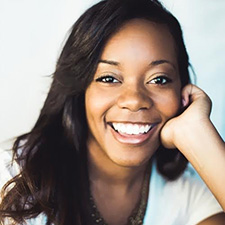 Though it’s often talked about for its many obscenities, Quarrels sees some positive attributes within ‘The Book of Mormon.’

Behind the Scenes: The Book of Mormon

What Candace Quarrels expected to be a typical year at Belmont University ended up being anything but normal as she was pulled from class to star in the hit musical ‘The Book of Mormon.’ On her first ever national tour, Quarrels is learning much more in her role as Nabulungi as she would by continuing as a student. The whirlwind of a tour for Quarrels will stop in Dayton, August 18 – 23, as the Schuster Center hosts the controversial comedy written by the creators of South Park.

Though it’s often talked about for its many obscenities, Quarrels sees some positive attributes within ‘The Book of Mormon.’ Beneath the vulgarity is a message that’s meant to better serve mankind. “I think that by the end that the show somewhat redeems itself,” she said. “It makes a point, it just goes a roundabout way to get there.”

‘The Book of Mormon’ tells the tale of two Mormon missionaries sent to a remote village in Uganda, where a violent warlord is threatening the local population. Full of optimism, the missionaries try to teach the scriptures, (only one of them has even read The Book of Mormon) but struggle to form a connection with the locals, who are more concerned about issues such as war, poverty, and AIDS than religion. Quarrels character, provides the missionaries with their only ray of hope, as she is the sole believer in their cause.

Like her character, self- described as the “Disney Princess of the show,’ Quarrels is young and optimistic.  She is thrilled with the opportunity to play someone who is joyful and is the female protagonist. “There’s a lot of me in her, it’s easy to get into character every night,” said Quarrels.

A fan of musicals her whole life, Quarrels loved the music from ‘The Book of Mormon,’ before she had even seen the show. She was unfamiliar with the styles of its creators, Trey Parker and Matt Stone because her mother never allowed her to watch ‘South Park.’ Though she tries to keep it a secret from her family, Quarrels has recently become an avid viewer of ‘South Park and finds much hilarity in the series.

To be cast in ‘The Book of Mormom,’ and for her professional career to get off to such an illustrious start was more than Quarrels ever dreamed of. She feels very blessed by the opportunity and for the cast who has offered their unrelenting support. “I hope this show is a launching pad for my life in theater, I have a real passion for it,” she said.

It’s both a tremendous joy and challenge for Quarrels to be part of such an outrageous comedy as she struggles to keep from being a victim of the hilarity. She is constantly surrounded on stage by the funniest people she’s ever met, creating a party like atmosphere. “We’re fighting laughter ourselves on stage and we often lose to it,” Quarrels said, “It’s a great show to do eight times a week because we always have lots of fun.”

‘The Book of Mormon’ is sure to create laughter for all the audience members at the Schuster Center, August 18 – 23. Warning: Attendee’s should know that ‘The Book of Mormon’ does contain a lot of adult content. Don’t go expecting family friendly entertainment and be shocked by obscenities.