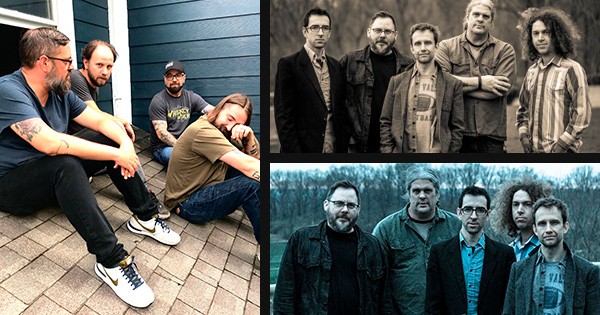 The opportunity to hear some of the top bands from the Miami Valley will be at Tippapalooza 2018 on Saturday, September 1.

The opportunity to hear some of the top bands from the Miami Valley will be at Tippapalooza 2018 on Saturday, September 1 from 5 to 11 p.m. Held at the Tipp City Eagles’ Park, 3853 Hyattsville Road, Tipp City; in its seventh year Tippapalooza will feature performances by The 1984 Draft, Neo American Pioneers, Seth Canan & The Carriers and the headliner is Shrug. A family friendly event, Tippapalooza has plenty of space for children, including a playground and courts for both basketball and volleyball. There will also be a variety of food trucks and exclusive beer vendor is Warped Wing. Admission is $5, parking is free.
Every year the proceeds from Tippapalooza benefits a charitable cause and this year it’s the Tipp Pride Association (TPA). The TPA is raising $5.6 million dollars to fund a new stadium for Tippecanoe High School.

A fixture in the Ohio music scene for over twenty years, Shrug has gained a reputation for playing honest, literate Rock & Roll with a finely detailed craftsmanship to their songs. Their live performances also always include a lot of heart which has earned them a substantial following throughout Dayton. A five-piece band made up of Ken Hall (keyboard), Bryan Lakatos (bass), Tim Pritchard (guitar), Tim Pritchard (guitar), Dan Stahl (drums), and Tom Weidner (guitar, lead vocals); their sound is compared to Tom Petty & the Heartbreakers, Wilco and Elvis Costello.

Weidner was raised in Miami County, specifically the Ludlow Falls area, so it’s especially exciting for him to play close to home. “It’s always nice to get to come up from Dayton and play in my old stomping grounds. The fact that Tippapalooza’s proceeds are being put back into the community, and that we’re sharing the bill with some great bands made up of good friends is icing on the cake,” he said.

For Weidner, playing music is a truly feel-good experience that he hopes also transcends upon the audience. There’s no place that he’d rather be than performing on stage.  “Music is an absolutely essential part of my life. It’s therapy and solace for me; playing guitar is the most surefire to get myself out of a bad mood and, at any given moment, it’s what I’d most prefer to be doing. It’s hard to describe to someone who’s not experienced it, how good it feels when you’re playing music with friends and everyone’s in the zone. It’s magical,” said Weidner.

The name Shrug was the end result of a tedious process of trying to decide on a name and was the only option that nobody hated it. Weidner has found it to be advantageous over the years. “It’s a small word, so it shows up big in print, and it doesn’t paint us stylistically; with a name like ‘Shrug,’ we can go in whatever musical direction we want to try,” he said.

Their fans expect a bright future for those in The 1984 Draft, who have already scored national exposure by being featured in a documentary on the NFL Network and an appearance in Sports Illustrated. Led by Joe Anderl, The 1984 Draft, features members who have all been writing/playing music for over two decades. They have been together collectively for three years. Anderl names The Replacements, The Smoking Popes, Sugar and Beach Slang as their biggest influences. “We are band who channels American rock sensibilities through a ‘90s tinted punk and indie lens,” said Anderl.

The 1984 Draft is fresh off the release of their new record, ‘Makes Good Choices’, by Poptek Records based in Springfield. In 2014 their EP, “Bo Jackson Up the Middle,” was featured on a documentary about the NFL Draft. NFL Films recorded the band live in Dayton on January 10, 2014. It’s fitting the band’s music is associated with football as it’s named after the 1984 NFL Draft. With his apologies to fans of the Buckeyes, Anderl follows the Nebraska Cornhuskers and 1984 is the only year players from Nebraska were drafted #1 and #2.

The band promises to treat Tippapalooza as Super Bowl type of event and considers themselves a strongly unified team. “We will definitely bring our A game with a high energy set of catchy songs that will have you humming to yourself by the end,” said Anderl. “We love making music. The best part about this is we get to do this together. The draft is more of a family than a band. Our kids and wives hang out. We spent time with each other outside of practice. I am lucky to call the other guys my best friends.”

A three-piece rock band based out of Covington, Oh; (Zac Pack: drums, Isaac Schaefer: bass, and Seth Canan: guitar/vocals) Seth Canan & The Carriers have been together for more than two and half years. They commonly refer to themselves as just a rock band, but have also been associated with indie rock.

Canan is very honored to be a part of Tippapalooza. “To be included in this incredible lineup is an absolute privilege,” he said.

The Carriers pour a lot of their innermost feelings into their music and Canan’s greatest joy is witnessing the audience connect with the lyrics. “We enjoy getting to see people connect with our live shows through their movement, facial expression or when we hear about how they related to the content of our songs. When you write a song, many times you are trying to work out something within yourself. You don’t exactly plan on that healing effect to grab ahold of the world around you. We are lucky enough for that to happen,” he said.

The band is currently working on their second full length album at Reel Love Recording in Dayton with Patrick Himes. They are aiming for a Spring release.

Like many modern relationships, the coming together of the Neo American Pioneers started with a Craigslist personal ad. Bassist, Ian Goudie posted an ad looking for musicians interested in playing ‘melodic indie rock.’ Along with singer, songwriter, guitarist Billy Swayne, they eventually found lead guitarist, Dan Spaugy and drummer, Daniel Chord. The Pioneers played as a four piece from December 2016 to September 2017. They then added vocalist, Heather Redman and Paul Monnin for keyboard. On August 18 of this year, their first full length album was released, titled, ‘Beginning to Unfold.’

The Neo American Pioneers straddle several boundaries across the rock and roll spectrum, as their sound is influenced by everyone from the Byrds, Rolling Stones, Cheap Trick, and War on Drugs. “We aim to hit the listener with big vocal melodies and memorable lyrics, layered by harmonies and guitar hooks, glued together with a wall of guitar and synthesizers, all backed by the groove of a thumbing rhythm section. For an easier definition, file the Pioneers under Indie/Americana/Power-Pop,” said Swayne.

The name Neo American Pioneers comes from Swayne’s accomplishment of visiting all 50 states in the U.S before he turned 30. The travels gave him a whole new perspective on the country. “This goal put me all over the U.S, discovering the endless series of highways and byways that connect the kaleidoscope of people, ideas, and landscapes that make up this country. All those years on the road gave me a closer connection to the land and the people and made me feel like a new age pioneer of sorts,” he said.

The band is excited to travel to Tipp City for Tippapalooza and celebrating the fading days of summer. The Neo American Pioneers will be playing everything from their new album, in addition to some new tunes and covers. Plus, they’ll have vinyl, CD’s, and T-shirts for sale.

Tippapalooza is Saturday, September 1 from 5 to 11 p.m. at the Tipp City Eagles’ Park, 3853 Hyattsville Rd. 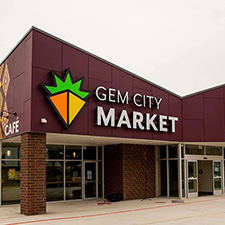 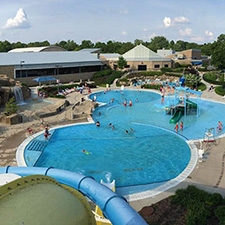 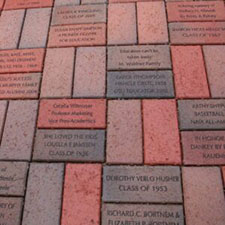 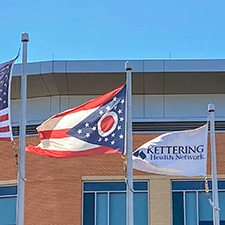 Read Between the Wines 2021 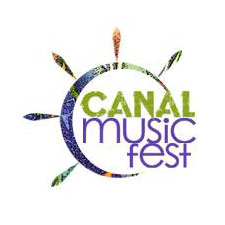 Canal Music Fest
Events Calendar Featured Events
Dayton Local takes reasonable measures to ensure the quality and accuracy of the information on this page. Use of this site is at your own risk, and by doing so, you agree to our Terms & Conditions. You can report inaccurate, misleading or inappropriate information using the button below. Thank you.
© 2021 DAYTON LOCAL