JFKs Air Force One on display in Dayton
Login 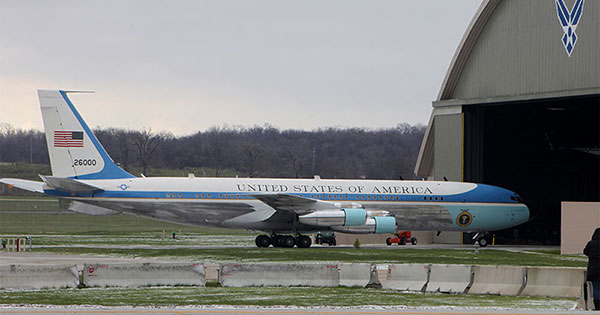 SAM 26000, Kennedy's Air Force One, is on display in the Presidential Gallery of the National Museum of the United States Air Force.

SAM 26000, "Kennedy's Air Force One", is located in the Presidential Gallery, inside the museum's new fourth building at the National Museum of the United States Air Force.

President Kennedy flew aboard SAM 26000 to Dallas, Texas, where he was assassinated on Nov. 22, 1963, and it was on this airplane that Vice President Lyndon B. Johnson was sworn in as the new President after Kennedy’s death. SAM 26000 then carried Kennedy's body and Johnson back to Washington, D.C.

Visitors to the Presidential Gallery can walk through the plane to see into the flight deck, the communications center, the presidential suites, and passenger seating. At the back of the aircraft a sign indicates where four seats were removed to make way for President Kennedy's casket. Although the entire interior is encased behind Plexiglas, you cannot walk through the narrow aisle without an overwhelming sense of awe - the political and presidential history this aircraft holds is quite something to experience.

Historic Air Force One at The National Museum of the U.S. Air Force

Special Air Mission (SAM) 26000 entered service on Oct. 10, 1962. This Boeing VC-137C was the first jet aircraft specifically designed to carry the President of the United States, and served Presidents Kennedy, Johnson, Nixon, Ford, Carter, Reagan, George H.W. Bush and Clinton, as well as other government officials and foreign dignitaries, but it is most associated with John F. Kennedy because he was the first to use it.

First Lady Jackie Kennedy and French-born American industrial designer Raymond Loewy conceived the original special presidential livery - a striking combination of blue, white and silver, with "UNITED STATES OF AMERICA" imprinted in capital letters on the sides of the fuselage and a large American flag painted on the tail. The presidential seal appears on both sides of the aircraft near the nose. Loewy's work won immediate praise from the president and the media. The design was considered so distinctive and stylish that the livery has been used on every subsequent Air Force One to the present day.

After 36 years of service, the USAF retired SAM 26000 and the aircraft flew into the National Museum of the U.S. Air Force on May 20, 1998. Visitors to the museum can also see the official aircrafts of President Franklin Roosevelt, Harry Truman and Dwight Eisenhower.

In January 2014, the U.S. Air Force turned down an attempt by supporters of Lyndon B. Johnson to claim the presidential jet the former president was sworn into office aboard and put it on display in Texas.  Instead, the historic Boeing 707 jet will remain in Dayton as one of the centerpieces of Presidential Gallery at the museum.

For more information about this beautiful aircraft, watch the video below, and visit the museum website. 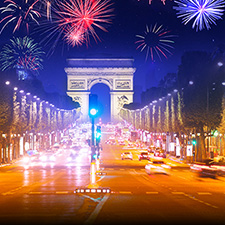 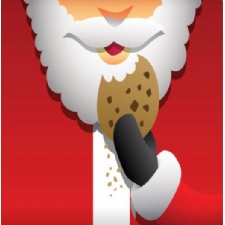 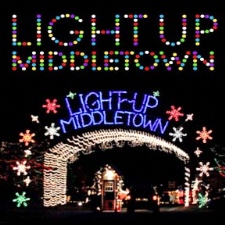