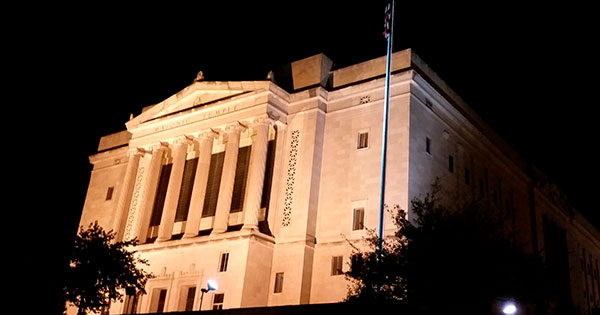 Do you believe in ghosts? If not, there are some places in Dayton that could change your mind.

Sightings of a ghostly woman began in the 1880’s when the grounds was a cemetery. At 9 p.m., she would appear and the sightings became so frequent that unwanted crowds would gather on a nightly basis. It was believed that the ghost was of a woman with the last name Buss, who had been murdered. In an attempt to stop the sightings, her body was exhumed and moved to another cemetery, but the appearances continued. Next, all the bodies were dug and transported to the nearby Hill Grove Cemetery.  The most recent report of a sighting was in the 1980’s, but she could still be out there somewhere.

More than just the home to some delicious Eastern European food, The Amber Rose is also believed to be where a ghost resides. Located at 1400 Valley Street in Dayton, the building was originally built in the early 1900’s and was a general store, named Sig’s, through the 1980’s. A new owner purchased the property and opened The Amber Rose in 1990, after having to reconstruct the building from a fire. The original owners daughter, known as ‘Chickie,’ haunts the main level of The Amber Rose and its upstairs. The staff has reportedly witnessed glasses flying off the shelves, lights turned off and on, and apparitions of ‘Chickie’ in a ruffled dress.

There’s been multiple reports of a former Mason named ‘George,’ who was so attached to the Temple that his spirit has never left it. The third floor is believed to the most haunted area. Plus, taking the elevator may turn into more of an adventure than expected as it’s often apparently controlled by the ghosts.

There may be more to be seen at the Victoria Theatre than the happenings on stage during a performance. A number of cryptic events have occurred throughout the theatres history of over 150 years. The most mysterious happened in the early 1900’s, when an actress known as ‘Vicky,’ exited the stage for her dressing room to change for the next scene, and never returned. Her presence is sometimes revealed through the scent of rose perfume. The sound of footsteps and the rustling of her petticoat has also been heard rushing across the stage.  In the 1950’s, a man took his own life by throwing himself upon a knife he had stuck into one of theatre’s seats. An apparition of his face has been seen on the curtain. Plus, a woman was reportedly once physically attacked in a private box. In the same box a man was slapped so hard in the face by a female presence that it left a mark.

Stivers School for the Arts

The victim of a mysterious death in the 1920’s still reportedly lingers around Stivers School for the Arts. A teacher, named Mary Tyler, was found dead in the schools indoor pool with a broken pointer in one hand and a locket in the other. Rumor has it that the teacher was involved in an inappropriate relationship with a senior student, and he tore his picture out of the locket to protect himself. The pool was eventually covered and topped with a classroom, but Tyler’s ghost has been seen levitating around that area. The classroom over the pool also experiences disappearing objects, temperature changes and flickering lights. Tyler has also been spotted in other areas around the school, particularly the lower levels where she’s heard wailing.

The verdict is in and the Old Courthouse, on courthouse square is believed to be haunted. In addition to holding trials, the courthouse also served as a jail, and some inmates appear to still be serving their sentence. Footsteps and moaning has been heard in the judge’s chambers and other locations throughout the building. The gallows, from which people were hung, is another area where spirits are felt.

Built in 1816, the home is where Colonel Robert Patterson and his wife resided for a number of years. It’s now owned by the Dayton Historical Society and opened for tours. On occasion visitors have witnessed some strange happenings such as rocking chairs rocking on their own, items moving around, and certain cold spots. Some guests claim to have seen Patterson wandering about in his Revolutionary Era garb. The laughter of children is often heard and the scent of dinner cooking is smelled from the unused kitchen. A volunteer was once locked in one of the rooms by a ghost. 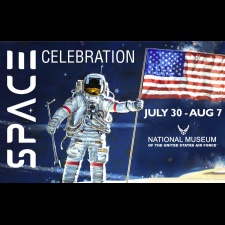