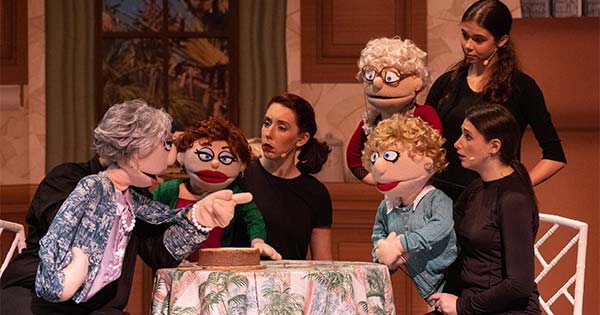 "Devoted fans and those new to the show alike, will be thoroughly entertained." That Golden Girls Show! A Puppet Parody will be at the Victoria Theatre Nov 9.

Almost thirty years after its final episode ‘The Golden Girls’ is still very popular and has never left the airwaves. Now the beloved foursome of senior citizens are back, still eating cheesecake and as feisty as ever, but require a lot more hands on care to survive. In ‘That Golden Girls Show’ the characters are all puppets.

The same energy that fueled the series now brings the puppets to life for a laugh filled performance. “The personalities of the women are larger than life. Every single episode was hilarious and with the puppets we are able to capture all their best material,” said Liane Zielinski, who voices and is the puppeteer for Blanche.

The show is styled after three episodes, each mimicking some of the most iconic lines, including some St. Olaf stories and threats of Shady Pines. On its first national tour, having opened in late October, all are all involved are anxious to perform for live audiences.

Zielinski’s relationship with the series began at a young age. “My babysitter would watch the Price is Right followed by two episodes of the Golden Girls. At 11 years old I thought it was the funniest show. I loved the dynamic of the ladies,” she said.

It’s a thrill for Zielinski to portray Blanche. The role has really expanded her horizons as she had no prior puppeteering experience. The day before auditioning, she took a crash course in handling a puppet from a friend. It’s required a whole other layer of preparation for her to not only master maneuvering the puppet but to also become one with it. “Most people think puppeteering is just moving its mouth up and down when speaking, it’s actually much more than that,” she said. “My biceps and wrist muscles are stronger than ever.”

To help synchronize the required physical movements for puppeteering with the dialogue, Zielinski would perform tasks like folding laundry or prepare a meal while learning her lines. “I compare it to learning how to play a solo concerto on the piano with no music in a southern accent,” she said.

However, the biggest key to Zielinski’s  success is when she just let herself enjoy the experience. “My favorite part of learning is when I just relax and have fun with it, it translates into the puppeteering”

At the center of the Golden Girls was the women’s friendship and it’s the same with this production . The bond between the cast makes it easier to paint a portrait of friendship on stage. “We all get along so well that it translates into the show. We are an extension of the women,” said Zielinski.

Devoted fans and those new to the show alike, will be thoroughly entertained. “The show is about 75 minutes and you’ll be laughing hysterically for 73 of them. It’s digestible enough that non fans can get the comedy and fans will adore the iconic lines,” said Zielinski. “People need a good laugh now more than anything.”

‘That Golden Girls Show’ will be at the Victoria Theatre for one night only on November 9. 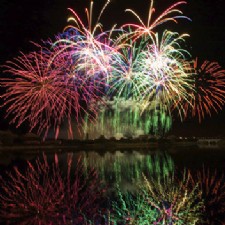 Troy 4th of July Concert & Fireworks
Events Calendar Featured Events
Follow Us
Dayton Local takes reasonable measures to ensure the quality and accuracy of the information on this page. Use of this site is at your own risk, and by doing so, you agree to our Terms & Conditions. You can report inaccurate, misleading or inappropriate information using the button below. Thank you.
© 2022 DAYTON LOCAL