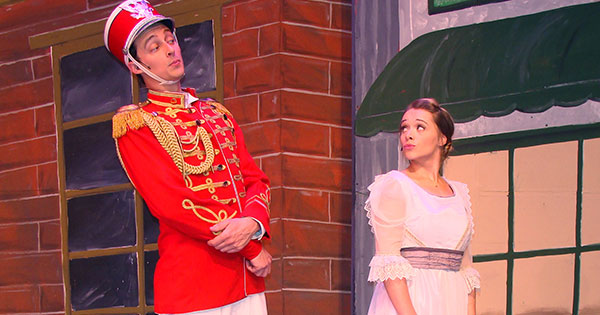 "I give The Music Man a T for terrific, and T is in Tool that rhymes with fool, and you’d be a fool not to see it." - Mike Woody reviews The Music Man, now at La Comedia. 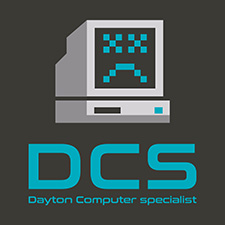 Luckily, nobody has ever asked about my qualifications to be a theater critic. Some would consider me unfit for having not seen ‘The Music Man.’ Having seen ‘The Church Basement Ladies’ twice, does not equate with such a classic. Now, without fear, I can hand over my credentials as I finally saw ‘The Music Man.’

If there was a Mount Rushmore of musical characters, Harold Hill, the fast-talking con-man would likely be among those featured. The weight of the role, along with his signature suitcase, is carried easily by Kole McKinley. He has no trouble, playing the conniving Hill, who's more slippery than a skating rink covered with banana peels. McKinley’s voice is smooth, despite the rapid pace in which he speaks/sings. Despite his bad intentions, McKinley provides Hill with an undeniable appeal.

Though a thorn in Hill’s side, as she’s suspicious of him from the start, Marian Paroo, played by Megan Arrington is actually a beautiful rose. The librarian of River City is well worth checking out. Her beauty is enough to even make Hill question his methods, and Arrington makes that a very believable plot point. Her voice is equally gorgeous, and a gift to all the ears who hear it.

Fully prepared to expose Hill as a fraud, Marian reconsiders after witnessing the positive influence he’s had on her little brother Winthrop (Ryder Parsons/Lucas Head). A genuine heart-warming moment is provided when Winthrop breaks out in song, freeing himself from the crippling insecurities.

It’s always a delight to see Dylan Jackson on stage, and he certainly stands out (not just because of his colorful suit) as Marcellus. A former associate of Hill’s, Marcellus informs him about River City, Jackson gives a nervous, fumbling energy to the role, that’s fun to watch.

As members of the River City school board, their opinions may not always be in agreement but their voices work in perfect harmony as a quartet. Olin (Bryson Tyler Wires), Oliver (Paul Ford), Jacey (Adam Holthus) and Ewart (Layne MacPherson) sound astonishingly well together. They struggle to get Hill’s credentials, but they succeed in hitting every note to perfection. I’d go as far as to call them the Fab Four. A fun side note about Ford, he has been a season subscriber to La Comedia for over thirty years and decided to do more on stage than just fill his plate. His transition from spectator to participant appeared seamless.

Ed Iverson is delightful as the blustering Mayor Shinn, who is never totally sure of what’s going on. His expressions and blow-ups are exquisite. I would elect Iverson to appear in any show. His other half is the First Lady of La Comedia, Karie-Lee Sutherland (Eulalie), whose character fully embraces the opportunity to lead a dance troupe.

The talented cast also includes the versatile Mark Reuter, who's is at his best as Charlie, a traveling salesman determined to bring Hill to justice. The rest of the ensemble helps ‘The Music Man’ live up to its reputation as a classic.

I give ‘The Music Man’ a T for terrific, and T is in Tool that rhymes with fool, and you’d be a fool not to see it. My Harold Hill impression needs a little work. But at least now you can see my credentials. Now my credentials to be a parent may be asked for as my wife and I are expecting twins this summer. 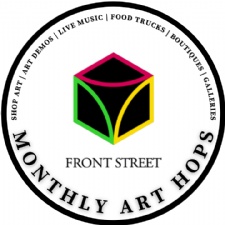