Wanna hear a ghost story? Behind the Scenes with Gary at Dayton Live
Login

Wanna hear a ghost story? Behind the Scenes with Gary at Dayton Live 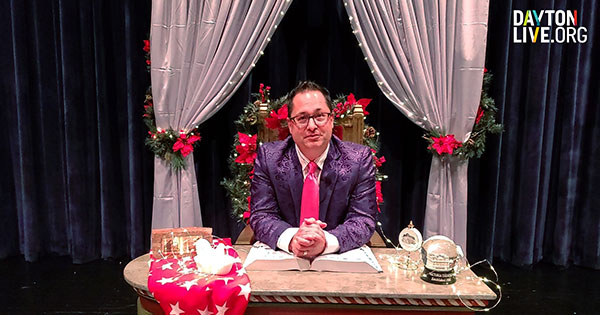 Wanna hear a ghost story? We go behind the scenes of the fun, new "Behind the Scenes" videos with Gary Minyard at Dayton Live.

Wanna hear a ghost story? Behind the Scenes with Gary at Dayton Live

With theatres shut down since March because of the coronavirus, Dayton Live has been unable to provide any performances. Gary Minyard, Vice President of Education & Engagement, wanted to find a way to still connect with the community and figured digitally was the most viable option. The result is a series of "Behind the Scenes" videos, hosted by Minyard, that explore little known facts about the theatre industry.

The videos allow Minyard to combine two of his greatest passions: theatre and teaching. He jumped at the opportunity to utilize his interests as a way to keep in touch with audience members. “A lot of people love to hear about how things work backstage, as well as theatre lore and traditions that only a theatre person might know. Since we have several venues and love to show them off, it wasn’t much of a leap to start writing some scripts about specific elements in our theatres,” he said.

A fun new video is released every two weeks on social media. Topics already covered include the meaning of "break a leg," why it’s called a green room, and ghost stories about Dayton’s theatres (scroll down for links/videos).

Though secretive about the upcoming episodes, Minyard did reveal that some future topics will be "hidden" history underneath the Victoria Theatre and the unique differences between each of the theatres.

More than providing a glimpse behind the curtain, Minyard sees a deeper purpose to the videos. “It’s not lost on me that each time we make one of these episodes, it’s a love letter to our field - many of whom have been suffering all over the world due to the pandemic. If we can share with the Dayton community how important it is that the arts are an essential part of what makes the Miami Valley special, then we’re doing a good thing,” said Minyard.

It was his sophomore year of high school when Minyard participated in his first show 42nd Street as a favor to a friend. His interest grew the following year when the Shakespeare Festival of Dallas visited his school for an outreach show. After the performance, Minyard was taught by the cast how to use their swords. He was then officially hooked. He went on to earn his undergraduate degree in theatre from the University of Houston (and became a certified fighter with the Society of American Fight Directors), then went on to the L’Ecole International de Theatre Jacques Lecoq in Paris, France, and toured all over the country as an actor for ten years. Next, Minyard earned his MFA from Arizona State University in Theatre for Youth and Directing. As an actor, director, choreographer, writer, and teacher, he’s proud to have been part of over 300 productions throughout the country.

In his position as Vice President - Education & Engagement, Minyard oversees all classes, workshops, master classes, and camps provided by Dayton Live. He books the family productions and the Discovery Series for students throughout the school year. He also produces events like the season announcements and the Miami Valley High School Theatre Awards Showcase. Dayton Live typically reaches 100k patrons a year with its programming.

Like all in the industry, it’s been a difficult time for Minyard and everyone involved with Dayton Live. One positive through all the hardships has been being a witness of the community rallying behind the arts. “We’ve received financial support from the City of Dayton, Montgomery Country, the State of Ohio, and federal support to help us continue to weather this storm. We still need more financial support, but what we’ve received has been amazing,” he said. “If you can donate to your local performing arts center or theatre, we will get through this together.”

Audiences give life to the theatre and Minyard is anxious for Dayton Live to welcome back guests. “Like many, I’m anticipating the demand for gatherings again to share stories on a stage is going to go through the roof. Whether it's musicals, plays, concerts, or something else. I’m looking forward to that day when we can all be back in the theatre to share the experience together,” he said.

Dayton Live is the not-for-profit arts organization that runs the Schuster Center, Victoria Theatre, PNC Arts Annex, and The Loft Theatre.  Follow Dayton Live on Instagram, Facebook, Twitter, and Youtube for ‘Behind the Scenes’ videos and a taste of theatre during the shutdown. 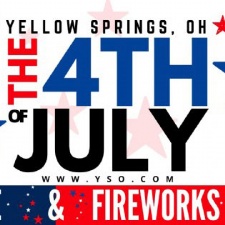