The Contemporary Dayton moving to Dayton Arcade
Log In 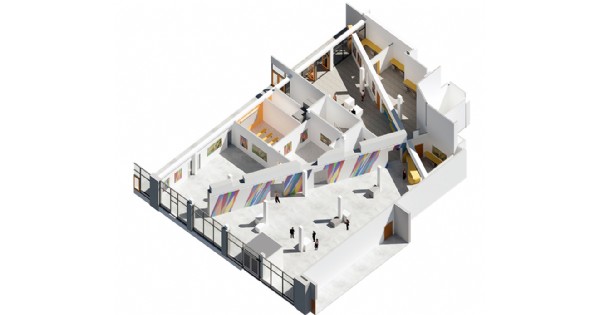 The Contemporary Dayton is thrilled to officially announce plans to complete their capital campaign and move into the historic Dayton Arcade. 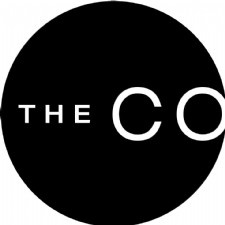 The Contemporary Dayton Announces Opening in The Arcade

The Contemporary Dayton (The Co), formerly known as Dayton Visual Arts Center, is excited to officially announce plans to complete their capital campaign and move into the historic Dayton Arcade. Campaign support will allow The Co to almost double its space at the new location; bring more artists to Dayton and advance those whose work emanates from Dayton and Ohio; and make a bold commitment to present exhibitions and programs exploring the most prominent social justice issues of our time.

Only its second capital campaign in its 30-year history, The Co has raised $854,600 of the $1,695,000 goal through significant donations from individual donors as well as generous gifts from the Eichelberger Family Foundation and The Kettering Fund. Besides construction costs and a special reserve for new programs, The Co also hopes to secure funds for its first ever Endowment Fund.

“I am simply ecstatic to share that despite the past long and winding year, we have reached a critical milestone. We now invite the entire community to join us by supporting the campaign so we can realize our vision to expand the definition of contemporary art for Dayton, serve larger and more diverse audiences, and become part of the arts, innovation, and entertainment hub at the reborn Dayton Arcade,” says The Co’s Executive Director, Eva Buttacavoli.

Designed by LWC Incorporated, The Co’s Executive Director, Eva Buttacavoli, and Curator, Michael Goodson, the 6,224-square-foot art center will be part of the Arcade’s 9-building complex featuring popular local restaurant, bar, and retail neighbors as well as the University of Dayton’s School of Entrepreneurial Leadership.

With large storefront entrances on both 4th Street and onto the Arcade’s infamous glass-domed Rotunda, The Co’s new space will serve as a statement to its future while honoring its past. Notable features include a massive 74-foot-long floor to ceiling wall that bisects the entire footprint of the space allowing for dramatic, show-stopping murals and installations. The reception desk, commissioned by Dayton-based artist and Stivers faculty, Shon Walters, was sculpted from Ash trees that fell in Sinclair Park during the devastating 2019 tornadoes. Other remnants from the trees were milled and placed into flooring for one of the galleries. Additionally, gallery track lights, office furniture, and even the original DVAC metal letters (the acronym for the institution’s former name) are being repurposed in the new space.

Additionally, The Co acknowledges that the expansion and move would not have been possible without the incredible dedication of Arcade developers, Cross Street Partners, at all stages of this process.

“Cross Street Partners has been committed, from day one, to ensuring that contemporary art was part of the strategy to bring excitement, relevance, and vibrancy to the Arcade—to reflect all the ways that arts and innovation intersect now and into the future,” said The Co’s Board President, Stephanie Keinath.

The Contemporary Dayton has plans to open April 30, 2021 with a socially distanced preview, followed by a celebratory weekend of tours and extended hours. The Inaugural Exhibitions at the Arcade will feature three exhibition premieres, two of which were produced exclusively for this occasion. The exhibitions will feature the work of Dayton natives, Zachary Armstrong and the late Curtis Barnes Sr., and LA filmmaker, Cauleen Smith—each who play a role in social justice education, community building, and social activism.

Historic C-47 That's All, Brother at the Air Force museum April 20-22
Events Calendar Featured Events
Dayton Local takes reasonable measures to ensure the quality and accuracy of the information on this page. Use of this site is at your own risk, and by doing so, you agree to our Terms & Conditions. You can report inaccurate, misleading or inappropriate information using the button below. Thank you.
© 2021 DAYTON LOCAL