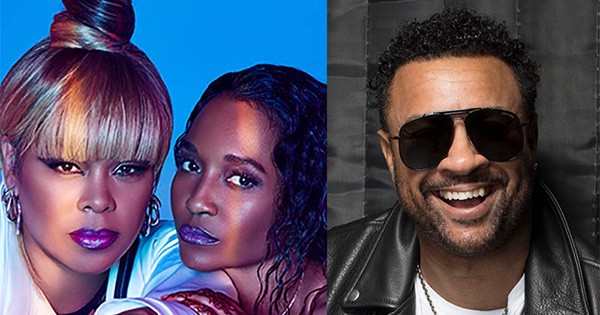 ALL STAR CONCERTS » TLC & SHAGGY will light up the Fraze Pavilion stage with '90s smash hits this summer.

TLC’s influence transcends genres from pop, hip-hop, R&B to fashion and female  empowerment. They continue to define generations. To date, TLC has sold 85 million Records Worldwide, had 4 Number One singles  in the US, 10 Top Ten singles in the US, won 4 Grammy Awards, 5 MTV Awards, 5 Soul  Train Awards, and 4 Multi-Platinum selling albums, two of them – Fanmail and  CrazySexyCool are certified Diamond by the RIAA and they currently have one billion  plays on Pandora. It’s no surprise that TLC is the best-selling American girl group of all  time.

The two-time Grammy winner was born Orville Richard Burrell and raised in Kingston, Jamaica, Shaggy got his start as a club DJ in New York City’s burgeoning dancehall scene soon after moving to Brooklyn in his teens. Not long after serving four years in the U.S. Marines (including two tours of duty in the Middle East as part of Operation Desert Storm), he inked his first record deal and quickly scored a global crossover smash with “Oh Carolina.”