Above the Fold: A Cut Above 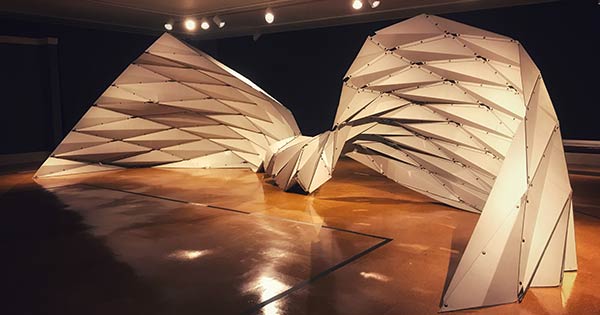 Unfold the fun and beauty of DAI’s latest groundbreaking exhibit as the first of its kind to visit North America.

Above the Fold: A Cut Above

Above the Fold: New Expressions in Origami is Truly a Cut Above

Most people with a basic understanding of art have been exposed at some point to origami. The image that easily comes to mind is of tiny colorful squares of paper or dollar bills folded into cranes or fish. In reality, origami is an evolving art form that transcends its traditional Japanese process of paper folding to create sophisticated, modeled 3-D images.  While I expected Japan as the birthplace of origami to be highly represented among the artists in Above the Fold, I was surprised instead to find a global diversity of nine artists from four continents and six different countries.

Upon entering this new exhibition at The Dayton Art Institute, visitors are first greeted by Vincent Floderer’s Unidentified Flying Origami, a fun collection of inflated paper organisms that draw the eye upward to a floating sea of urchins, frogs, and jellyfish-like creatures. Immediately, exhibit goers will discover this is not the basic origami of children’s art projects. Floderer’s work exemplifies a modern, sophisticated origami technique called crumpling in which several layers of paper are fashioned together to create texture and color. The work sets the stage for the interplay of light, shadow, and form that unfolds through the remainder of the collection to captivating results. 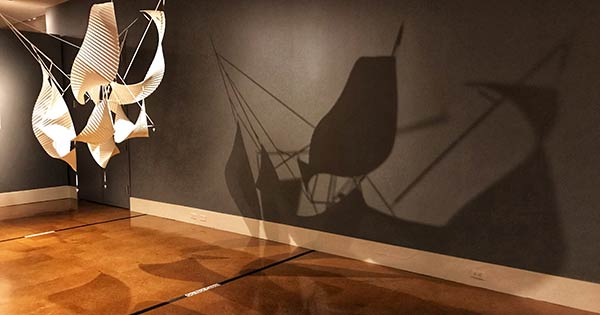 Next in the exhibit is one of my favorite pieces, Air, by British artist Richard Sweeney. The artist combines his knowledge of paper handcrafting and computer-aided design to create a lustrous work that sails through the air in a cloud of white, pleated billows. What intrigued me most about this artwork, though, is its projected shadow: a stunning image of the prow of a ship with lines of rigging and an extended mast that glides across the museum wall. Whether the effect is intentional or not, it is amazingly beautiful. I’ll admit to getting down on the floor to view this work from a fresh perspective and admire its depth of shadow created by ambient light. 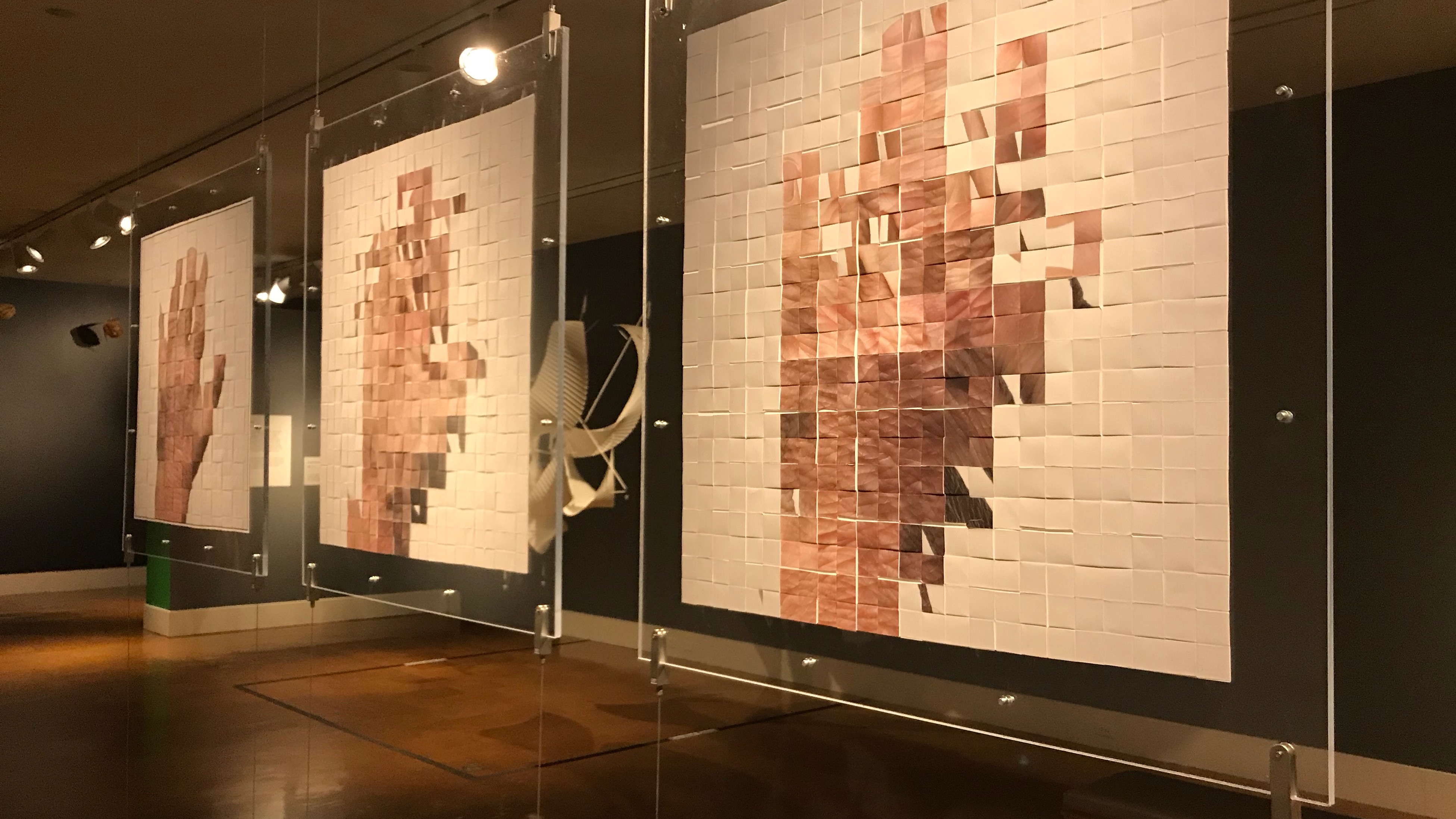 Directly across the gallery is a complementary work of hands folding origami by fellow British photographer and digital artist Paul Jackson. The four panels of this work have a very contemporary feel, almost as if its tiny squares are pixels of a large-scale digital image. With the ability to be viewed from both sides, the hanging canvases of Jackson’s Untitled were a big hit with those attending the exhibit preview.

Unlike many of the special exhibits to visit DAI, photography without flash is allowed for Above the Fold, which makes for fun and engaging selfie and group photo opportunities to liven up your social media feeds. 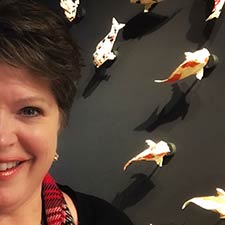 My favorite place to catch a pic is in front of American artist Robert Lang’s Vertical Pond II. This breathtaking works fills an entire exhibit wall with its visual representation of 60 unique, colorful koi fish swimming and moving across a dark sea of space toward a dazzling blue ocean. This particular display is where the artistry of DAI Exhibition Designer and Chief Preparator Martin Pleiss takes center stage. His choice throughout the exhibit, and particularly with Vertical Pond II, of the bold wall colors and abstract palettes both frame and add dimension to the art and heighten the sense of beauty and awe visitors experience at seeing these works.

Though there are many great smaller works in this collection that are not to be missed, the large-scale works definitely draw a crowd, with the hands-down favorite being Chinese-American artist Jiangmei Wu’s impressive Ruga Swan. This artwork takes up an entire gallery as it unfurls two white wings made of corrugated cardboard and joined in a single form that is both rigid and flexible.  The work took almost a whole day to install, but the effort is well worth the satisfaction of watching visitors enjoy this massive beauty. Time your selfie right and you might find yourself accentuated by illuminated angel wings, a magical effect.

Above the Fold: New Expressions in Origami is one of the most fun, interactive exhibits to visit DAI in recent memory. It is accessible to viewers of all ages and levels of art knowledge and may revive a long-lost appreciation for this simple yet elegant art form. Plus, you’ll have the opportunity to give origami a try at the end of the exhibit and who knows? The next great traveling origami artist may be discovered right here in the Gem City. 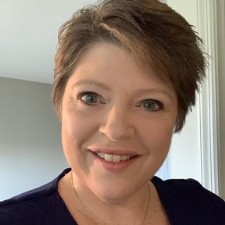 Amy Hollan is a Dayton native and senior living expert with a passion for Emily Dickinson, Impressionist art, great books, and artisan coffee. Dayton Local loves having her as a contributor. 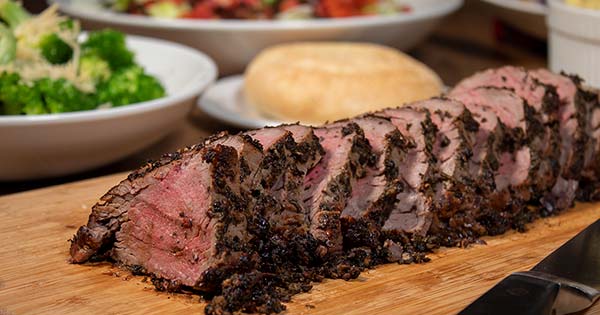 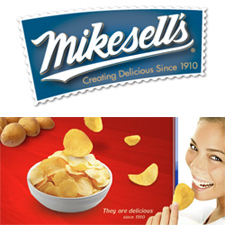 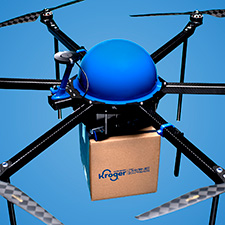 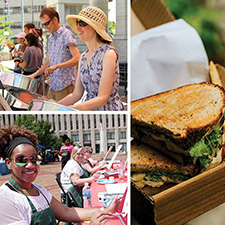 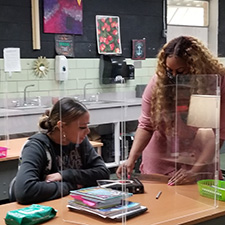 Great Escape Game: Dayton's #1 Escape Room!
Events Calendar Featured Events
Dayton Local takes reasonable measures to ensure the quality and accuracy of the information on this page. Use of this site is at your own risk, and by doing so, you agree to our Terms & Conditions. You can report inaccurate, misleading or inappropriate information using the button below. Thank you.
© 2021 DAYTON LOCAL