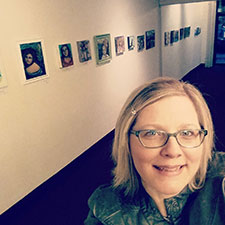 At the center of Robyn Terry’s heart is her art, which she uses as a platform to express her faith.

Her art represents an all loving God, whose spirit reaches all across the world to touch the hearts of the young and old alike. At the Mayflower Arts Center in Troy, Terry is holding an exhibit from which 100% of the proceeds will go to an area family who is adopting a child from China. Terry is putting her faith into action through her art, by hoping to help make one of God’s miracles come true of connecting a far-away orphan with a loving family. 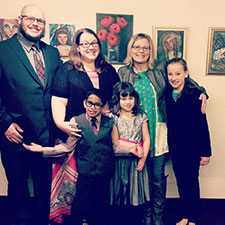 After learning of 153 million children in the world without parents, many living in deplorable conditions, Terry felt compelled to do something. With a vast collection of her art pieces available, she decided to designate them towards the cause. “Adoption is costly, an estimated $30,000 per child. I wanted to come alongside families in the process of adoption and help meet some of that expense. I also saw it as an opportunity for everyone to contribute. I think people feel insignificant in the face of such a large problem. This breaks it down to an actionable level, we might not be able to solve the world’s orphan crises, but we can help one. We can put a face on the numbers,” she said.

In 2016, Terry held the first annual Art for Adoption Gallery Show, which raised over $4,000 and helped two families reach their amount needed to complete the adoption. This year the hope is to raise enough to put the O’Brien over the top so they can travel to China to finalize their adoption of a four year old boy.

Though Terry has always been expressive about her faith, she didn’t begin painting until 2011, before then writing was her art form. She wrote devotions for a local newspaper, which developed into a blog, and then in 2012 published a story about her faith, titled ‘Faith Miner’s Daughter-from Tough Girl to Treasure, A Story of Redemption.’ She paints under the name of Faith Miner’s Daughter since her art is an expression of her faith.

Most of Terry’s artwork has an underlying Biblical theme, along with a verse often notated on the back or some sort of symbolic symbol of faith. “My desire is to take God’s word to heart through the creative process of representing it visually on a canvas. My devotional background combines well to bring a unique offering of faith and art,” she said.

With so much heart in her art, Terry teaches Take HeART Parties, where she teaches a small group a mixed media project along with an encouraging message of faith.

A wide range of pieces are available in the gallery, including paintings of people, faces, birds, flowers, landscapes and more; all with an underlying Biblical theme. Though her pieces are vastly different they all share a common bond. “Probably the biggest compliment I have received is that people recognize my art as mine. I have been told you can distinguish my style and see a cohesive body of work throughout my work. I think that is awesome,” said Terry.

To help an orphan get joined with his family, support the exhibit at the Mayflower Arts Center, 9 West Main Street in Troy. The exhibit continues through February 18. The hours are Thursday 10 a.m. to 2 p.m. Friday 10 a.m. to 6 p.m. and Saturday 2 to 8 p.m. Closed Sunday – Wednesday. 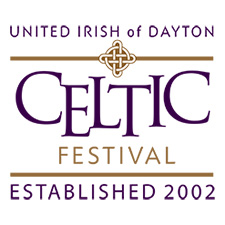 Dayton Celtic Festival
Events Calendar Featured Events
Follow Us
Dayton Local takes reasonable measures to ensure the quality and accuracy of the information on this page. Use of this site is at your own risk, and by doing so, you agree to our Terms & Conditions. You can report inaccurate, misleading or inappropriate information using the button below. Thank you.
© 2022 DAYTON LOCAL