WICKED: Behind the Scenes in the Emerald City
Login

WICKED: Behind the Scenes in the Emerald City 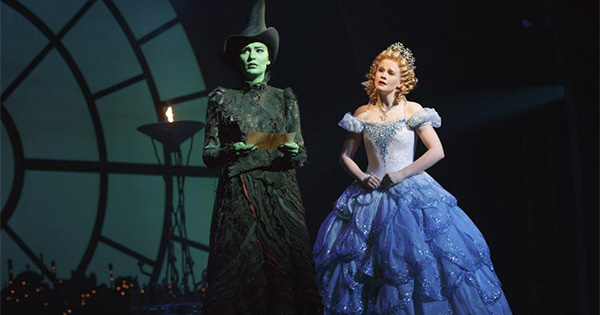 Behind the Scenes with Glinda the Good Witch in the merry old Land of Oz.

WICKED: Behind the Scenes in the Emerald City

Her last name is St. Louis, but it seems that Emerald City, Oz or at least somewhere in Kansas would be more fitting for Carrie. For all of her life, Carrie St. Louis’s heart has been in that merry old Land of Oz, making it so appropriate that the rest of her body joins her in playing role of Galinda/Glinda in ‘WICKED.’ In name, body, and spirit, St. Louis totally embodies the part, which is a dream comes true to her.

At the age of 14, after countless viewings on television, St. Louis saw ‘WICKED’ on stage for the first time and was instantly drawn to Glinda. “I said, ‘I have to be her one day’,” said St. Louis.

That one day is now, as St. Louis is part of the Broadway National Tour which will be in Dayton at the Schuster Center, April 29 through May 17. ‘WICKED’ which is hugely popular, with currently five productions traveling across the world, tells the story of how Elphaba, through her unlikely friendship with Glinda, becomes the Wicked Witch of the West.

At the start of each show, St. Louis feels like she is somewhere over a rainbow, literally, as she’ perched up 32 feet high, in the dark, inside a bubble. She then floats out onto the stage to make her entrance, which is when her dreams transform into reality. “It is so amazing to have such a dream role and be able to tell such an iconic story every night,” said St. Louis. “Plus, I get to jump on my bed. It seems like it should be a crime to have so much fun on your job.”

The journey towards becoming Glinda, started for St. Louis at 7 years old, when she played Milk Maid #2 in a production of ‘Oliver.’ She was hooked and from her area theater group in California, St. Louis went on to star in several other shows, including as Dorothy in the ‘Wizard of Oz.’

Blessed with angelic beauty in both body and voice, it seemed only natural that St. Louis receive the part she was born to play. “My mom came to see the show and said, ‘Aren’t you just playing yourself?’ Glinda and I have lots of similarities,” she said.

Life on the road has been a blessing to St. Louis, allowing her the opportunity to travel to a lot of cities she had never been to, including Dayton. From being on a national tour, St. Louis has learned how to adapt to all the different theatres and the customs of each city. “It never gets boring. We stay at each spot for about a month so we get to experience the city and feel what it’s like to live there for a short time,” said St. Louis.

Prior to ‘WICKED,’ St. Louis was in the Broadway production ‘Rock of Ages’ and after changing from an 80’s rocker to the elegant Glinda, she’s anxious to discover what will be next. No matter the role, St. Louis takes great comfort in the fact that her dream will continue to grow.

For now her focus is on ‘WICKED’ and bringing delight to audiences everywhere. “The sets, costumes, music, story and everything is amazing,” said St. Louis. “It deals with how other people’s differences can make us stronger as individuals. Everyone can find a piece of themselves in the story.”

A name is just a name, and home is where the heart is. For April 29 through May 17, Dayton will be home for Carrie St. Louis while making dreams come true in ‘WICKED.’

For more information about the show, jump over to our events calendar: WICKED at The Schuster. 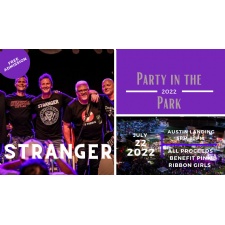