Review: The Book of Mormon - at the Schuster this weekend
Login

Review: The Book of Mormon - at the Schuster this weekend 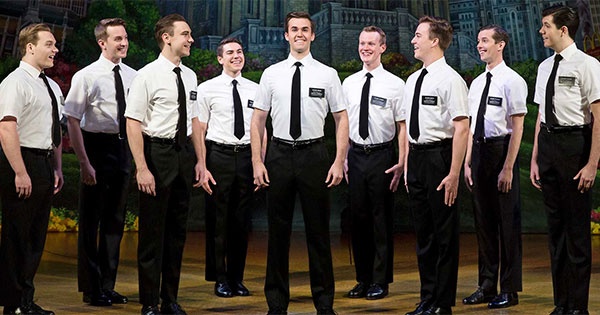 Hilarious, brilliant. ‘The Book of Mormon’ isn’t for everybody, but if you’ve seen any episode of South Park and liked it, this is the musical for you.

Review: The Book of Mormon - at the Schuster this weekend

Vulgar, crude, and considered racist by some. No, I’m not describing the latest Tweet by President Trump, but the hit musical ‘The Book of Mormon.’ Hilarious, brilliant and huge can also be used to describe the show. That’s not fake news, but the absolute truth. ‘The Book of Mormon’ isn’t for everybody, but if you’ve seen any episode of South Park and liked it, this is the musical for you. If you are offended by people wearing shorts to church, you better not even read any further.

The Book of Mormon’ doesn’t just cross the lines of decency, it totally obliterates it…with laughter. Beneath all the dirtiness is a heartwarming story that lifts your spirits. I kept thinking of how highly regarded a show this could be if it toned down the raunchiness, but then reminded myself that its done well just the way it is. So I just sought forgiveness and kept laughing.

Seen as an earthly angel type, Elder Price sees leading others to the Church of Latter-day Saints as his purpose in life. Liam Tobin is tailor made for the All-American type with a radiant smile and captivating stage presence. As polished and prepared as Elder Price is for his mission, Elder Cunningham is the total opposite. However, Jordan Matthew Brown is equally magnetizing as Elder Cunningham. He masters every single movement from holding up his ill-fitting pants to being sullen from a broken heart. Brown is a true pleasure to watch and creates a character you root for.

Much to the duos dismay, they are sent to Uganda where aids, famine, and maggot infested scrotums are rampant. The area is in danger of General…, will just call him General because his last name is against FCC regulations. The General is on a mission to neuter all the females, an act even Bob Barker wouldn’t support. As the General, Corey Jones is fittingly demonstrative, and impressively masters the eye-roll even while wearing an eye patch.

To call Elder Cunningham’s methods of preaching unorthodox would be an understatement. His telling of the scripture includes Hobbits, the Death Star, and a whole new meaning to leapfrog. ‘Fifty Shades of Grey’ is considered a children’s book compared to the verses that Elder Cunningham shares. His methods though are successful as many in Uganda are led to believe.

Among the followers is a young woman whose name becomes a punchline as Elder Cunningham repeatedly mispronounces it. I won’t spoil the fun (nor can I spell her name) so I will just say that Alyah Chanelle Scott is excellent in the role. Her voice and ‘texting’ skills are exceptional. Scott also delivers some touching moments, such as her yearning to escape to Salt Lake City.

While best known for its laughs, ‘The Book of Mormon,’ also contains quality songs. ‘Hello!’ gets stuck in your heard and ‘Turn it Off’ features some impressive tap dancing, plus a magical wardrobe change. While trapped in a hellish nightmare, Elder Price encounters some of the world’s most evil beings during a song. Plus, a total contrast from ‘Hakuna Matata’ is a song from another African expression, which I won’t translate.

Don’t wait until a latter day, see ‘The Book of Mormon’ while you can, at the Schuster Center through September 1. 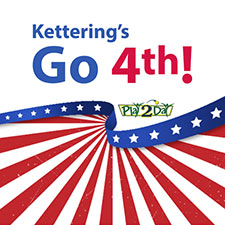