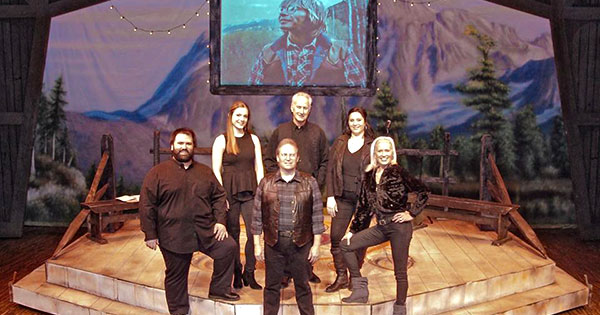 For those who are fans of his music, “Almost Heaven: Songs of John Denver” is a must see and a fitting title as the show is close to paradise for them.

For those who are fans of his music, “Almost Heaven: Songs of John Denver” is a must see and a fitting title as the show is close to paradise for them. Everyone else is likely to become a fan, due to the vocal stylings of the talented cast. If not, well there is plenty of sweet potato soufflé and even fried green tomatoes to enjoy.

“Almost Heaven” features a wide collection of Denver’s songs, twenty-six of them to be exact. I kept expecting The Muppets to appear and do the ’12 Days of Christmas.’ The show is basically a staged version of a greatest hits album, with dance steps included. I went in knowing a handful of Denver’s songs, and left having learned a few things, and with a deeper appreciation for his music.  One of the things I learned is that Denver isn’t his real last name. It’s actually a word that’s too long and difficult for me to spell, so Denver was a good choice. Rather than search on Google, go see the show find out what it is.

Prior to “Almost Heaven,” I was already aware that the Clint Eastwood of La Comedia, Chris Beiser, excels as both a director and actor. Beiser directs the majority of the shows, but this time takes center stage as narrator/Denver. His performance will most certainly make your day. Before even opening his mouth, Beiser has a commanding stage presence that consumes your attention. His perfect singing voice is just icing on the cake, or in this case, more like snow on the mountaintops. In between songs, Beiser shares some details about Denver’s life, as pictures are shown on a large screen from throughout Denver’s life. A highlight is Beiser’s highly energized rendition of ‘Thank God I’m a Country Boy.’

The rest of the cast share in the vocal duties and also serve as fan letter writers in a few scenes. Their voices all blend together nicely. Chris Kramer a.k.a duct tape, because of his worth and dependability in so many ways, is as valuable as always. You can put Kramer anywhere, and just like duct tape, he will perform admirably. Whether doing a solo ‘This Old Guitar,’ or part of an ensemble ‘Rocky Mountain High,’ Kramer brings an elevated level of professional excellence to the show. The other male is Digger Howard, whose talents keeps him from being overshadowed. Beautiful in voice and appearance are Hannah Brown, Tonya Oslack, and Christen Placa. The trio’s voices form a sound as stunning as a picturesque sunset with ‘Wild Montana Skies.’ The show’s most touching moment is Placa’s heartfelt singing of ‘I’m Sorry.’

While ‘Take Me Home Country Roads’ is a song I knew, and its performance is splendid, I had no idea that it was about being anti-war. I thought Denver was just a simple-minded country boy, but a number of his songs are political, like ‘Draft Dodger Rag’ and ‘What are we Making Weapons For.’ Another thing I learned is that Denver wrote, ‘Leaving on a Jet Plane,’ which I’m thankful for because it added a song I was familiar with.

Special mention must also be made of the fun version of ‘Grandma’s Feather Bed’ which the cast does in their pajamas and is finely choreographed. ‘Almost Heaven’ continues at La Comedia through February 17. 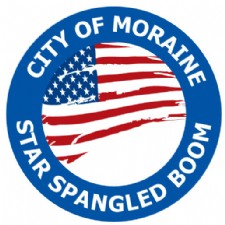