Motown the Musical coming to the Schuster
Login

Motown the Musical coming to the Schuster 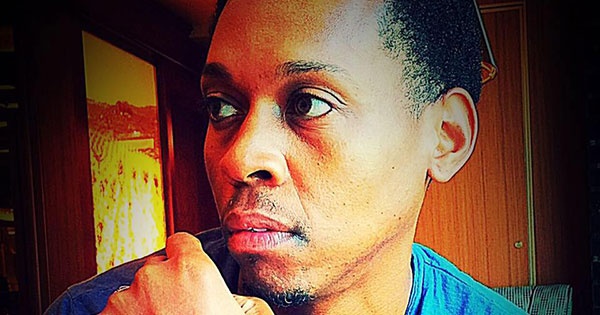 Mike Woody goes behind the scenes with Garfield Hammond, performer in Motown the Musical, coming to the Schuster April 11 – 16.

Motown the Musical coming to the Schuster

Though he was born in Cleveland, a part of Garfield Hammonds heart has always felt tied to Motown, mainly due to the music that surrounded him. Motown seems like home more now than ever before to Hammonds as he’s part of Motown the Musical, which will fill the Schuster Center, April 11 – 16.

The musical highlights the rise of some of music’s most influential and legendary stars such as Diana Ross, Michael Jackson, Stevie Wonder, Marvin Gaye, and Smokey Robinson as they record with Motown Records. For Hammonds it’s a real honor to be around on a nightly basis the music that helped shape himself and generations of Americans. “I’ve always been a fan of the music of Motown. My mother used to play the forty-five’s on a record player in her sewing room. I would hear it a lot, it’s a part of my internal being,” said Hammonds.

Motown was founded by Berry Gordy. Jr., in 1959 and the Musical provides insight into the development of one of the biggest record companies and its hit songs. Over forty classic songs are featured in Motown the Musical, including ‘I Heard it Through the Grapevine’, ‘Dancing in the Street’, ‘Ain’t No Mountain High Enough’, and ‘Super Freak.’

More than just a stream of endearing music, Hammonds also promises a captivating story on stage about Gordy Jr., and the artists. “Audiences can expect great music, great choreography and the stories behind each of the artists. They will also see about Gordy’s vision for music that was not only for black people, but for all people and really changed America,” he said.

Hammonds played David Ruffin, in addition to being in the ensemble, who was a member of The Temptations. His biggest thrill is getting to sing ‘My Girl,’ every night and witness the positive responses of the crowd.

Along with the rest of the cast, Hammonds is also given responsibility to accurately portray real people. It’s a task taken very seriously as its respectful to the individual and also adds more realism for the audience. “We are all actors portraying legends, some of whom have passed and some are still with us, but we must honor the legends by doing lots of research to be true to who they were and to the time,” said Hammonds.

One of the highlights of being involved with Motown the Musical for Hammonds was getting to meet with Gordy and Smokey Robinson. It was a very informative experience as they allowed the cast to ask questions to gain a deeper perspective about their characters.

Hammonds received his BA from The Ohio State University and his Masters from UNLV. He is excited to be returning to Ohio and hopes to have some family and friends in the audience while in Dayton. “I’m also looking forward to hopefully catching one of the local fish fries,” he said.

Motown the Musical will be at the Schuster Center, April 11 – 16.