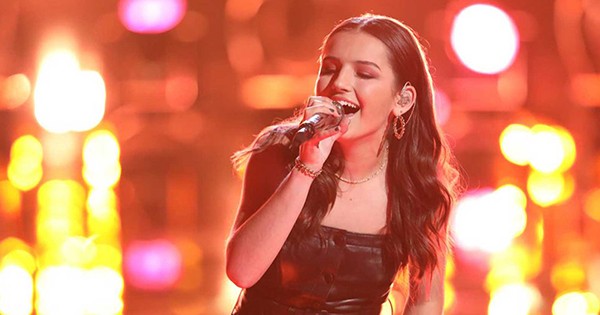 Raised in Dayton, Abby Cates became known around the world as a teenaged singing sensation from her appearance on ‘The Voice.’ Tonight, she's performing at the Arts Annex.

1. If you could be on any other reality/competition show, which one would it be?

I would probably not choose another singing competition, because I loved my experience on ‘The Voice.’ Definitely ‘The Great British Baking Show.’

For sure it’s humming/singing, when I’m not supposed to. I don’t even know I’m doing it.

The first concert I ever attended was Carrie Underwood at Lucas Oil Stadium in Indiana and I remember that I wanted to be up there doing it too.

5. Where in Dayton do you always like to go when in town?

I grew up in Centerville, so Bill’s Donuts is always a necessity when I’m up there.

See Abby Cates at the PNC Arts Annex this Saturday, May 04.

Abby Cates is an 18 year old, soon to be high school graduate, who has been singing her entire life. She started doing musical theater actually when she was 8 years old and her love for acting and singing was the spark that lit the fire to her passion for music. She loves playing roles and experimenting with different acting techniques but when she went into her freshman year of high school she really started to explore the option of becoming her own artist. She started writing songs and funneling all of her typical high school emotions into them. At first it was just an outlet for her to let out any frustration or express joy, but she says "As I started playing my songs for other people I realized that they had the potential to be something really good. I am still experimenting now with writing songs that not only express my emotions but also are geared toward the pop soul r&b genre that I love so much." Another big part of Abby's musical journey is her Instagram where she posts videos of herself singing covers of popular songs. She started it in the 8th grade not really expecting anyone to follow it, but now it has over 190,000 followers! With this platform she is able to reach many different countries and multiple unique demographics of people. Most recently, Abby was a contestant on NBC's The Voice where she made it to the Top 24 on Kelly Clarkson's team! She had a solid run but is ready to pursue a career in music that reflects her individual sound, songwriting capabilities and personality. She is ready to take the industry by storm and you can expect her first single to be released Summer of 2019!