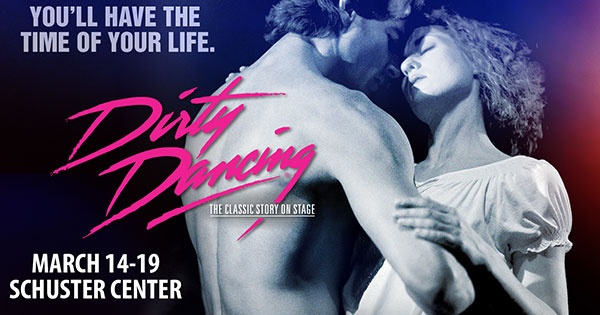 Based on the 1987 hit film, Dirty Dancing: The Classic Story on Stage has been seen by millions worldwide, but few know the show any better than Michal Kolaczkowski.

As the Swing member of the cast, Kolaczkowski must be prepared at any time to fill in for six different roles. The position requires him to know the lines, choreography, and all stage directions for six parts, none of which are the same as another. It’s a challenge that Kolaczkowski embraces, as he’s thrilled to be involved with Dirty Dancing: The Classic Story on Stage. 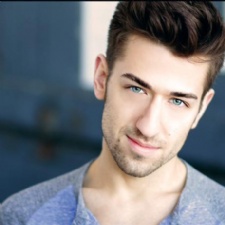 The son of a pair of ballroom dancers, Kolaczkowski grew up in the world of dancing, near Detroit, Michigan. While steps in Dirty Dancing are a little different from those used in the genre of ballroom dancing, the dedications towards excellence are the same. The range of skills in dance that Kolaczkowski possesses helps qualify him to be the Swing. “It’s a hard job and is not for everyone. There’s a lot to learn in a short amount of time, but I love the challenge,” he said.

A fan of the film, which starred Patrick Swayze and Jennifer Grey, it’s almost a surreal experience for Kolaczkowski to be a part of Dirty Dancing: The Classic Story on Stage. He is certain that those who love the movie, won’t be disappointed by the musical. “The stage show is the movie and so much more. There are new songs and some new characters. If you love the movie, you will love the show as it has all of your favorite moments,” said Kolaczkowski.

It’s the 30th Anniversary of the film’s release and the story still resonates with audiences, whether they have seen it before or not. Every night Kolaczkowski sees three generations of family members come to the theater to enjoy the show.

Kolaczkowski attended Michigan State University, where he studied Marketing and International Business, prepared to leave the theatrical field. Then during his freshman year, the school did RENT, one of his favorite musicals. He decided to audition and despite not being part of the theatre program he was given a part. “I ended up right back in theater and have never left it. I am doing what I love to do,” he said.

After being cast in Dirty Dancing the first person Kolaczkowski called was his mother, whose favorite movie is Dirty Dancing. She was very excited and loved the show after seeing it. Kolaczkowski believes the results will be the same for everyone else who attends.

Dirty Dancing: The Classic Story on Stage is at the Schuster Center, March 14-19.

Greene County Fair 2022
Events Calendar Featured Events
Follow Us
Dayton Local takes reasonable measures to ensure the quality and accuracy of the information on this page. Use of this site is at your own risk, and by doing so, you agree to our Terms & Conditions. You can report inaccurate, misleading or inappropriate information using the button below. Thank you.
© 2022 DAYTON LOCAL