Behind the scenes with Rose Hemingway: Kinky Boots
Login

Behind the scenes with Rose Hemingway: Kinky Boots 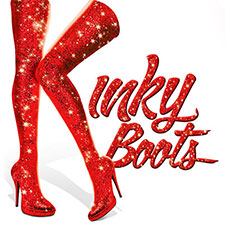 Kinky Boots has been a perfect fit for audiences all over the country, and beyond.

Behind the scenes with Rose Hemingway: Kinky Boots

The winner of six Tony’s, including Best Musical and Best Score, as well as numerous other awards such as London’s Olivier Award, Kinky Boots is coming to the Schuster Center on May 23 – 28.

Since before she was old enough to even tie her own shoes, all Rose Hemingway ever wanted to do was act and she is thrilled with the opportunity to continue living her dream by playing Lauren in Kinky Boots. Beyond just her character, Hemingway is pleased to be part of a show that has such a vital message. “It’s about more than music and dancing, but is a story about accepting people for who they really are, despite any differences. This is particularly a good time when our country is divided in so many ways,” she said.

Kinky Boots is the story of Charlie, who inherits a struggling shoe factory from his father. To turn things around, Charlie forms an unlikely partnership with a drag queen named Lola, resulting in the development of some sturdy stilettos unlike anything on the market. By embracing their differences with compassion and understanding, the duo of Charlie and Lola find success with Kinky Boots.

A factory worker who is instrumental in convincing Charlie to widen his horizons is Lauren, played by Hemingway. It’s a part that Hemingway had auditioned for for a number of years before finally getting cast. She feels a personal connection with Lauren. “She is spunky, quirky and hard-working which are all characteristics that come into play in my life,” said Hemingway.

The show features 16 original songs written by the pop icon Cyndi Lauper, in her debut as a songwriter for Broadway. With influences from genres ranging from gospel to rock, Hemingway was pleasantly surprised by the variety of music in Kinky Boots. “She does an incredible job of exploring different styles of music through the show,” she said.

Hemingway’s solo titled, ‘The History of Wrong Guys,’ is the one song that follow’s Lauper’s standard style and she’s grateful for getting to sing it. The song also serves as some comic relief and Hemingway always feels blessed from the joy it brings to audiences.

Other credits for Hemingway include How to Succeed in Business without Really Trying on Broadway, in which she appeared with Daniel Radcliffe a.k.a Harry Potter. Prior to working with Radcliffe, she had not seen any of the Harry Potter movies or read the books, which she quickly rectified. “My husband and I binge watched them all. It felt weird after getting to know him to not have seen the movies,” Hemingway laughed.

She was highly impressed by Radcliffe and considers him a friend. She is a much bigger fan of the real person than the iconic character he played. Hemingway was even invited to the premieres of parts one and two of the Deathly Hallows movies.

Prior to Kinky Boots, Hemingway’s last touring production was Mamma Mia!  in which she played Sophie, and met her husband, Geoff, who was a fellow cast member.

All the amazing experiences Hemingway has enjoyed as an actor continue to mount as she tours with Kinky Boots, which will be at the Schuster Center May 23 – 28. 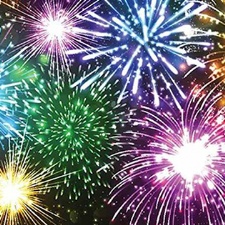