Behind the Scenes with Celtic Woman Mairead Nesbitt
Login

Behind the Scenes with Celtic Woman Mairead Nesbitt 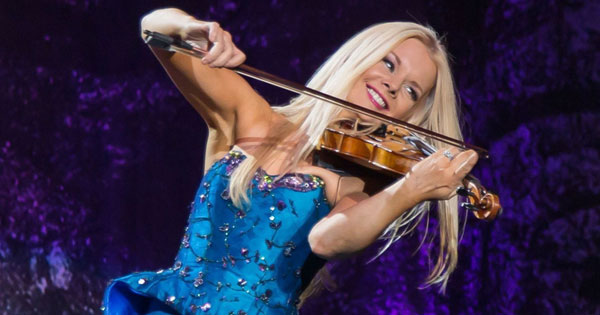 The heart of Ireland will be pumping throughout Dayton on Friday, March 25 as the Celtic Woman brings their 85-city North American tour to the Schuster Center.

Behind the Scenes with Celtic Woman Mairead Nesbitt

Those in attendance will be infused with the blood of the Irish as the Celtic Woman’s music, which is rich with culture, connects straight to heart with those who hear it.

Celtic Woman is celebrating the release of their newest album, ‘Destiny,’ their ninth straight that debuted at #1 on the Billboards World Music Chart. The tour and album features the vocal talents of Mairead Carlin, Susan McFadden, and Eabha McMahon along with violinist and founding member Mairead Nesbitt.

Nesbitt is the lone original member of Celtic Woman, and still relishes the opportunity to take the stage. “I love connecting with the audience. It’s my favorite two hours of the day. I’m blessed with the opportunity as no matter how hard things get in any area of life I get those two hours to be uplifted, and to also uplift others through the music,” she said.

From a family of accomplished musicians, including a mother who played the fiddle, Nesbitt learned the instrument in part so she could play with her mother. Prior to Celtic Woman, Nesbitt’s credits as a professional violinist include working with acts such Van Morrison, Sinead O’ Connor, and Emmylou Harris. Her spirited play is amongst the myriad of highlights contained within a performance of the Celtic Woman.

Despite being Irish, Nesbitt does not carry any type of lucky charm with her as she depends strictly on the power of preparation. She puts extreme focus into each performance so every audience will receive the same high quality of a show. “I follow the equation of preparation minus interference equals performance,” said Nesbitt. “I have to be very prepared for a great performance and leave nothing to luck, but all in preparation and the rest is left to destiny.”

Destiny is the group’s most explicitly Irish album, which is appropriate since 2016 marks the 100th Anniversary of the 1916 Easter Rising, which set in motion the events that led to Ireland’s independence. Several of the album’s songs are sung in Gaelic. Contemporary highlights include ‘My Land,’ a distinctive version of ‘I See Fire,’ the Ed Sheeran-penned theme song from the film ‘The Hobbit,’ and an uplifting interpretation of ‘How Can I Keep From Singing.’ In Dayton, the Celtic Woman will perform all the new music from Destiny, along with four returning favorites; including ‘Amazing Grace,’ ‘Danny Boy,’ and ‘You Raise Me Up.’

In addition to a vocal masterpiece, the women provide a visual one as well by being adorned in a number of exquisite evening gowns throughout the performance. Their wardrobe is designed by the award-winning, Synan O’Mahony, whose been with Celtic Woman since the beginning. “We are very lucky to have him, Synan makes sure our dresses look fabulous and allows for movement, which is important to me because I do a lot of it,” said Nesbitt.

Don’t miss the chance to see Celtic Woman at The Schuster, who has sold over 8 million albums, and platinum sales in 9 countries. Celtic Woman performs to sellout crowds across six continents and 23 countries, including at the Schuster Center on March 25.