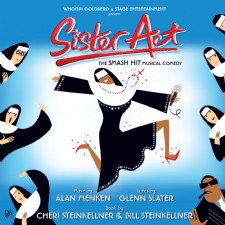 Michael Woody
Past Event - Sunday, February 2, 2014
This page may be updated if the event is repeated
Dayton Live
The Schuster Center
1 W 2nd St, Dayton, OH 45402 [map it]

Coming direct from Broadway, SISTER ACT is the feel-amazing musical comedy smash that the New York Post calls ''ridiculously fun'', and audiences are jumping to their feet in total agreement! - Recommend Ages 9 and up.

I never knew that a group of nuns could be so much fun, or I might have converted to Catholicism. Without consuming even a single sip of wine I was dancing in the aisles and felt an overabundance of joy strictly from being with the women of the cloth in "Sister Act: The Musical." Your spirits are guaranteed to be lifted by the divine performance of the show, which continues through February 2.

Despite possessing a voice so powerful that it can reach the heavens, Deloris (Ta'rea Campbell) never imagined she'd be a nun. However, after witnessing a murder she's placed in the convent by the witness protection program. It's a total contrast from her diva like attitude, which is the source of much of the hilarity, such as when Deloris is asked to say grace. The prayer she offers will bring you to your knee's, not in worship, but in laughter. In the role made famous by Whoopi Goldberg in the movie, Ta'rea Campbell makes it her own and is superb. I expect she'd make a fine co-host on "The View" as well.

While Deloris is a little crooked in her ways, Mother Superior (Lynne Wintersteller) is totally straight laced. Wintersteller brings the required righteousness to the part and is the perfect foil. Like a true example of a real Mother Superior, she does everything right in her performance. Wintersteller's vocal talents are displayed during 'Haven't Got a Prayer,' which is so compelling that God issues an instant response.

Another reason "Sister Act: The Musical" really shines is the members of the Sisterhood really do lift each other up. It contains a very strong supporting cast; including the giggly Mary Patrick (Florrie Bagel), whose cheer is contagious; Sister Mary Lazarus (Diane J. Findlay) the eldest, but has a youthful spirit, especially when rapping; and Mary Robert (Ashley Moniz), whose small stature pales in comparison to the personal growth her character undergoes. Moniz stands tallest during her rendition of "The Life I Never Led," which is one of the vocal highlights of the show.

A special mention must also be made of fan favorite Eddie (Chester Gregory), the cop whose assigned to protect Deloris. The heat of the case makes him sweat, but he'll stop at nothing to guarantee her safety. Eddie might be the most lovable cop since Barney Fife. He'll also amaze you with some transforming magic during his singing of "I Could Be That Guy." I'm still wondering, how'd he do that?

The superb cast, exemplifies the already stellar plot, of Deloris inserting a boost of spirit into the choir which saves the church. The nuns are then put in danger by the presence of Deloris as Curtis (Melvin Abston) is searching for her with an intent to kill. Will Curtis find her and be able to get past the Sisters? Will Eddie finally be able to be a hero? I won't reveal everything; but I will say that "Sister Act: The Musical," provides many reasons to give praise. Don't miss it, "Sister Act: The Musical," continues through February 2.

Coming direct from Broadway, SISTER ACT is the feel-amazing musical comedy smash that the New York Post calls "ridiculously fun", and audiences are jumping to their feet in total agreement! - Recommend Ages 9 and up. 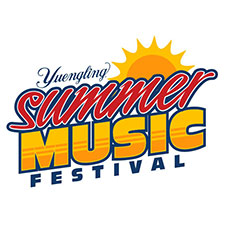