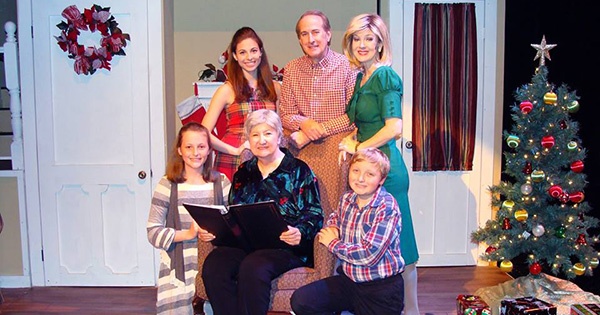 Celebrate the joy of Christmas with our family this season November 1-December 30, 2017.

Celebrate the joy of Christmas with our family this season as we present Timeless Memories of Christmas.  This festive revue features your favorite Christmas carols, dazzling costumes and beautiful sets, and is sure to put you in the Christmas spirit.

Review of 'Timeless Memories of Christmas'

A collection of beloved Christmas songs are featured in ‘Timeless Memories of Christmas,’ a production originated by La Comedia, about a family recalling holiday seasons dating back to the 1940’s. It’s nearly impossible not to be filled with some Christmas spirit as the talented cast gifts the audience with loads of joy. In all honesty, just two days before I saw a touring production of a Tony award winning musical, and I preferred ‘Timeless Memories of Christmas.’ Of course, the traditional singing of ‘O Holy Night’ makes it difficult for any show to compete with.

The plot, and I use that term loosely, is about a family who looks through an old photo album with pictures of Christmases from the past decades. The parents are Chris Kramer and Karie-Lee Sutherland, with the rebellious teen-aged daughter, Chelsea (Lauren Meltzer), who continuously trades insults with her younger brother Matthew (Codie Brooks/Jonathon Schmidt). Their middle child is Sarah (Grace Adkins/Delaney Hamm). They are joined by Janet Ellen Brucken, straight out of the church basement, as grandma. The dialogue serves mostly as segue ways into the next song, as well as a history lesson on each decade since the forties. Topics include the popular toys, big news events and the fashions of the different eras.

The true stars of the show are the ensemble, who perform a number of dazzling dance routines and beautiful songs. Some stand out moments include when Christen Placa embodies Mariah Carey, right down to her plunging neckline for a sultry rendition of ‘All I Want For Christmas Is You.’ The heartstrings are pulled by Olivia Broome ‘Merry Christmas Darling’ and William Dallas ‘I’ll Be Home For Christmas,’ with songs about being away from their loved ones due to military service. Also, a powerful voice came from the young Aaliyah Bailey for a touching rendition of ‘My Wish For Peace’ along with Bri Thomas and the rest of the ensemble.

The final portion of the show depicts the Nativity, in honoring the true reason for the season. The song list includes ‘What Child Is This’, ‘Away In A Manger’, ‘O Come All Ye Faithful’, ‘Joy To The World’, and more.

‘Timeless Memories of Christmas’ is sure to provide some cheer and put you in the holiday spirit. However, I could get a bad batch of sweet potato soufflé and there be no cod (fried in a premium beer batter), and the sound not work during the show, and still be satisfied as long as the traditional singing of ‘O Holy Night’ continued its streak of excellence.  Chris Kramer deserves a Lifetime Achievement Award from the Tony’s, for his work at La Comedia. (Maybe he’s not old enough yet?) Show after show, Kramer shines brighter than Rudolph’s nose in every role he’s given. Plus, now for the second consecutive year he totally nails ‘O Holy Night.’ It serves as my personal kick-off to the Christmas season and is a tradition I look forward to every year.

‘Timeless Memories of Christmas’ continues at La Comedia through December 31. 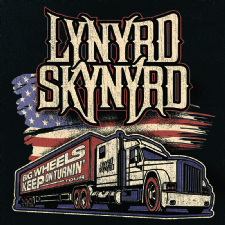