The Wizard of Oz at LaComedia
Login

The Wizard of Oz at LaComedia 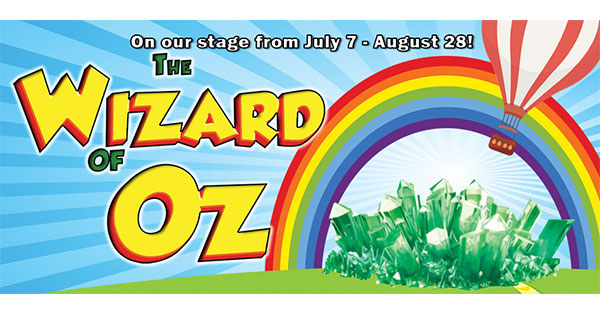 Come along as we travel with Dorothy, Toto, the Scarecrow, Tin Woodman and the Cowardly Lion as they head to the Emerald City to see the great Wizard!

The Wizard of Oz at LaComedia

Review: The Wizard of Oz

No heart, brain or courage… sound familiar? No, it’s not the description of either presidential candidate, but of three characters in one of the most beloved musicals of all time. The young and old alike all enjoy the classic sights and sounds on the journey down the yellow brick road in ‘The Wizard of Oz,’ which  plays on the  La Comedia through August 28. 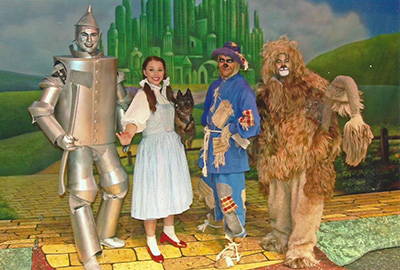 On a personal note, I love ‘The Wizard of Oz’ and collect related merchandise, including the La Comedia souvenir glass, so I hold it in high esteem. A subpar imitation of the film would be offensive, but fear not, as the performance is wickedly good. The cast, featuring many from New York City and across the country making their La Comedia debuts, is an extremely talented group. There were several instances throughout the show in which I not only felt like I wasn’t in Kansas anymore but Ohio either, as I had to be on Broadway in order to see such a stellar musical.

In the role of Dorothy, Meghan Gratzer, soared over the rainbow, in body and voice. She filled the iconic ruby slippers perfectly, whether she was skipping to Oz or doing the Jitterbug. Gratzer’s singing voice is as sweet as Dorothy’s innocent smile. Furthermore, Brian DiRito is brilliant as the Scarecrow, much like there is nothing stiff (except maybe some dance steps) about Cameron Lucas’s portrayal of the Tinman, who moved through the show like a well - oiled machine. Before Mufasa, the king of the forest (roll that R) was the cowardly lion, played by Mathew Bautista. Who puts the lie in lion, Bautista, as I’d be lying if I said he didn’t match Bert Lahr in courage.

A special mention must also be given to Lindsay Kopp who totally embodies the Wicked Witch/Miss Gultch. She is downright unlikable, especially with the accusations against Toto, green-skinned or not, Kopp plays a real witch. I was also impressed with a dog as Toto, who on the night I attended was really into her role and barked constantly at the witch, passed her cue to stop, showing a true dislike for her.

At least for me, the munchkins are a reason (ironically not a small one) why 'The Wizard of Oz' is so special. It’s one of the all-time great scenes in cinematic history, and La Comedia adds it to the list of their most memorable moments as well. With the exception of the Mayor, all of the munchkins are played by adorable children, and while they lack the distinct voices used in the film anything lost is made up for by their cuteness.

The costumes are very well done for every character, including the apple throwing trees, Winkies, and the flying monkeys. Also, audience members need to stay alert as it’s never known when a cast member might do a fly-over. Everyone’s favorite songs from the musical featured including ‘Ding Dong the Witch is Dead,’ ‘We’re Off to see the Wizard,’ and ‘If I Only had a Brain.’ I walked out of La Comedia singing and continued for days after.

With ‘The Wizard of Oz’ being a show geared for all ages, the always delicious buffet features mini corn-dogs that the young eaters will particularly enjoy. Of course, there’s a wide selection for everyone to fill up on, including chef-carved meats, sweet potato soufflé, and fried pickles.

‘The Wizard of Oz’ is guaranteed to satisfy, so follow the orange barrels down I-75 to La Comedia for a truly magical performance.