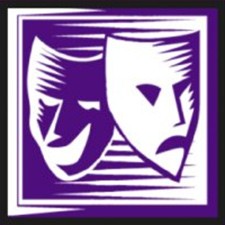 The epic struggle between good and evil - The Dayton Playhouse presents Jekyll and Hyde May 1 – 17, 2020.

UPDATE 3/17/20 - The evolving and ongoing guidance to slow the spread of the COVID-19 virus has resulted in the cancellation of the final show in our Playhouse season: "Jekyll & Hyde." Our hearts break for the artists - actors, dancers, musicians, and designers - who were working so hard on this production. Patrons holding tickets for any performance of "Jekyll & Hyde" may contact the Box Office for a refund. Patrons may decline the refund and have the value of the tickets considered a donation. Letters acknowledging the donation can also be requested through the Box Office.

The epic struggle between good and evil comes to life on stage in the musical phenomenon, Jekyll & Hyde. Based on the classic story by Robert Louis Stevenson and featuring a thrilling score of pop rock hits from multi-Grammy- and Tony-nominated Frank Wildhorn and double-Oscar- and Grammy-winning Leslie Bricusse, Jekyll & Hyde has mesmerized audiences around the globe. An evocative tale of two men – one, a doctor, passionate and romantic; the other, a terrifying madman – and two women – one, beautiful and trusting; the other, beautiful and trusting only herself– both women in love with the same man and both unaware of his dark secret.

The Dayton Art Institute 'Museums on Us' Program - suspended
Events Calendar Featured Events
Dayton Local takes reasonable measures to ensure the quality and accuracy of the information on this page. Use of this site is at your own risk, and by doing so, you agree to our Terms & Conditions. You can report inaccurate, misleading or inappropriate information using the button below. Thank you.
© 2020 DAYTON LOCAL