Away in the Basement at La Comedia
Login

Away in the Basement at La Comedia 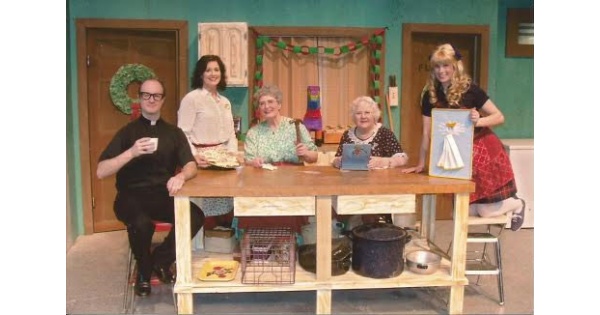 The Church Basement Ladies are back, serving up more laughs! March 2- April 23, 2017

Away in the Basement at La Comedia

Review of Away in the Basement: A Church Basement Ladies Christmas

Only in Ohio can seemingly the weather of all four seasons occur in one week, so it’s somewhat fitting that La Comedia holds a Christmas show during the Spring. There’s a chance there might even be some snow on the ground when you attend Away in the Basement: A Church Basement Ladies Christmas. Yes, they are back, and up to the same old tricks, and some of the same jokes, while serving good tidings and joy.

Similar to super-hero movies, every time you turn around a new installment of A Church Basement Ladies is being released. The kitchen crew of the East Cornucopia Lutheran Church of the Prairie even possess some super powers of their own, such as Mavis (Claire Theiss Hurley) who uses the superior strength of her backside to open the door to the furnace room, Vivian (Denise Cox) has a rapid fire delivery of humorous lines, and they all possess the magical ability to not be kept down for long. They resurrected from The Last Potluck Supper which was in 2015.

If you enjoyed any or all of the previous installments, you will be equally satisfied with Away in the Basement as not much has changed. One notable difference though is Pastor Gunderson is now played by Zachary Scott Brown rather than Chris Kramer. It’s a high credit to Brown that he made the change barely noticeable, as he masters the nervous anxiety that fills the pastor. As customary Pastor Gunderson enters the kitchen at a most awkward and inopportune time, which provides one of the shows biggest laughs.

Becky Barrett-Jones is back as Karin, the most sensible of the group, and mother to Beverly (Malerie Jo), who is on the verge of adulthood at fifteen…and a half. Jo embodies a teen, yearning for more independence with a mind of her own. Authorities on the subject of the Church Basement Ladies will notice some connections to past installments in some of Beverly’s lines, such as the beginning of a relationship that would later grow with a boy.

The true stars of the show though are Vivian (Cox) and Mavis (Hurley), who are as vital as having milk and bread in any kitchen. They dish out a whole smorgasbord of laughs, both with their physicality and line delivery. Mavis ends up on the floor multiple times and and another one of her character traits is always kicking her snow boots up into the air to catch. While Vivian with her staunch beliefs and traditional ways is a reflection of someone everyone knows. While some of the Church Basement Ladies antics have become repetitive, the duo continues to be enjoyable.

Personally, I would prefer the Church Basement Ladies just be straight plays, as the songs tend to be just thrown in because it’s a musical. Granted the choreography is entertaining and some of the lyrics humorous, the songs usually don’t add much substance, at least not anything more dialogue could provide. It’s not a show in which you leave marveling at the vocal performances, at no fault of the cast. Speaking of music, in the spirit of the Christmas theme, I was awaiting for the traditional singing of ‘O Holy Night’ at the shows conclusion. 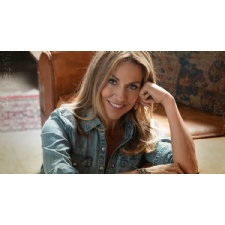