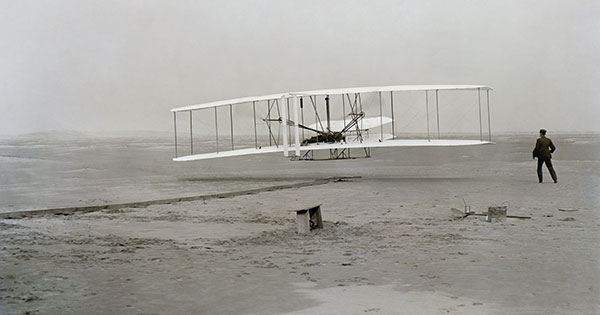 On the morning of December 17, 1903, Wilbur and Orville Wright made the first manned, powered flight in the history of the world.

The first manned, powered flight in the history of the world

On the morning of December 17, 1903, Wilbur and Orville Wright took turns piloting and monitoring their flying machine in Kill Devil Hills, North Carolina. Orville piloted the first flight that lasted just 12 seconds and 120 feet. On the fourth and final flight of the day, Wilbur traveled 852 feet, remaining airborne for 59 seconds. That morning, the brothers became the first people to demonstrate sustained flight of a heavier-than-air machine under the complete control of the pilot.

Join us as we celebrate 118 years of flight in this joint event from Kill Devil Hills, NC and Dayton, OH!
Outer Banks Forever and the National Aviation Heritage Area will jointly livestream the ceremonies being held at Dayton Aviation National Historical Park and Wright Brothers National Memorial here on Facebook. The in-person event hosted by the First Flight Society at Wright Brothers National Memorial will begin at 9 a.m. (EST), and the celebration at Dayton Aviation National Historical Park will begin at 10 a.m. (EST).
Visit Website Facebook RSVP
RELATED EVENTS
More things to do around Dayton:
More Information 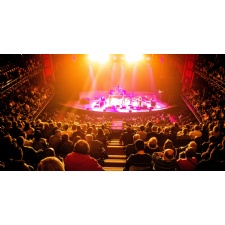