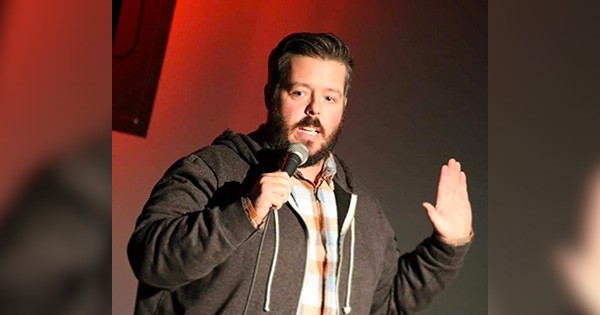 Born and bred in Indianapolis, IN, Ray is one of the up-and-coming comics to look out for in Indy. While on stage, Ray exudes confidence while seemingly relatable to audience. His collection of work stories and world observations, combined with his high-pitch squeals and theatrics, make great entertainment for a wide variety of audience members. His act can often be compared to a deliciously juicy Thanksgiving Dinner that you just can’t get enough of! Ray has built an impressive list of credentials. He has performed all over the country and Canada, became a regular at Joker’s Comedy Club and Wiley's Comedy Club, has worked with some of the biggest names in comedy, and was a finalist in the World Series of Comedy Competition.

Due to COVID-19 restrictions, tickets are ONLY available online or by calling (937)224-JOKE. We are not currently selling tickets at the door. Please be also aware that due to state mandated rules, you must wear a mask when entering our building, while walking to the restroom or exiting the building. You may take off your mask while seated at your table for the show. Thank you so much in advance!!

3rd Sunday Front Street Market
Events Calendar Featured Events
Dayton Local takes reasonable measures to ensure the quality and accuracy of the information on this page. Use of this site is at your own risk, and by doing so, you agree to our Terms & Conditions. You can report inaccurate, misleading or inappropriate information using the button below. Thank you.
© 2021 DAYTON LOCAL