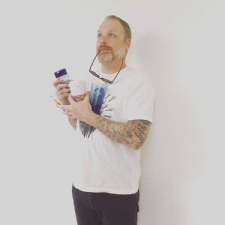 Mat Alano-Martin comes to comedy from the world of rock and roll, where he spent 10 years touring North America.

Mat Alano-Martin comes to comedy from the world of rock and roll, where he spent 10 years touring North America as a member of several unknown bands and as a tour manager for much more successful, well known bands. With a comedic style that bridges the social and political views of his indie-rock background with the attitude and sensibilities of his rural and blue collar youth, Alano-Martin has appeared at comedy clubs, theaters, punk rock dives, redneck roadhouses, casinos, colleges, living rooms and everywhere in between. Alano-Martin’s debut album “Profiled as Such” can be heard on the Sirius/XM Raw Dog comedy channel and he has appeared on the nationally syndicated The Bob & Tom Show. He has worked with such notable acts as Patton Oswalt, Tig Notaro and Marc Maron and has performed at several festivals and prominent showcases across the country.